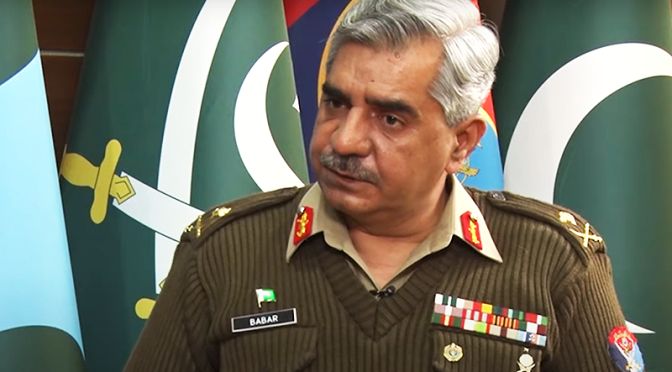 The 740-km LoC had seen unprovoked artillery shelling and firing from across the dividing line until February last year when India and Pakistan recommitted themselves to the 2003 ceasefire, bringing relief to the lives of the affected population.

On Thursday, Indian Army Chief Naravane said the ceasefire continued to hold because India had negotiated from a position of strength, according to a report by Indian news agency ANI.

Speaking about the ongoing military stand-off with China on India’s northern border, Naravane said the “developments adequately underscore the requirement for ready and capable forces, with an optimal component of boots on the ground backed by modern technology”.

The ceasefire was agreed “only due to Pakistan’s concerns for the safety of people of Kashmir living on both sides of the LoC”, he tweeted. “No side should misconstrue it as their strength or other’s weakness.”

The surprise truce announced in late February 2021 had brought an end to years of violence along the frontier that saw thousands of skirmishes rattle the Himalayan territory, where the two sides have used artillery, mortars, and small arms.

The deal effectively reinstated an earlier ceasefire signed by the two sides in 2003 that had been trampled by thousands of violations in recent years.

The ISPR said the original deal had largely held until 2016, when tensions exploded in occupied Kashmir, resulting in a surge in violence between the two sides.

As fighting along the LoC raged, ties between the rivals went into freefall with India repeatedly accusing Pakistan of sending infiltrators across the LoC, while Islamabad lambasted Prime Minister Narendra Modi’s government for stoking Hindu nationalist sentiment against Muslims.

The two sides came close to another all-out war after an attack inside India-occupied Kashmir in 2019 led to tit-for-tat airstrikes. But even after stepping back from the brink, fighting along the LoC escalated, reaching an apex in 2020 with thousands of clashes reported.

But the damage from coronavirus and slowing economies — along with a geopolitical tug of war — appeared to have convinced both sides to halt for the time being.