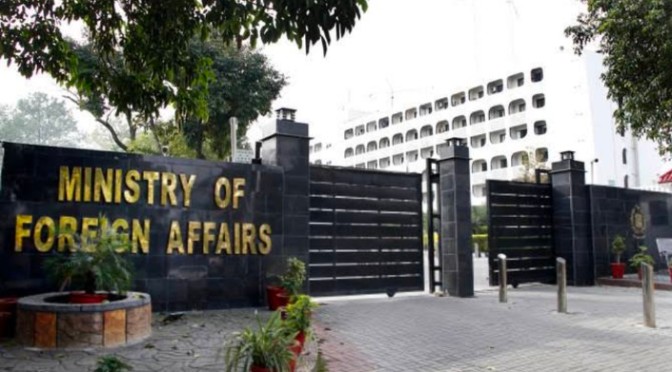 The Indian Charge d’Affaires (Cd’A) in Islamabad was called to the Ministry of Foreign Affairs today and conveyed Government of Pakistan’s unequivocal rejection of India’s illegal and unilateral actions of 5 August 2019 in Indian Illegally Occupied Jammu & Kashmir (IIOJK), which breached international law, UN Charter and the 4th Geneva Convention as well as several resolutions of United Nations Security Council (UNSC) on the Jammu and Kashmir dispute. A strong protest was registered over the series of illegitimate measures taken by Indian order to unilaterally alter the internationally recognized disputed status of the territory and to accentuate its brutal military occupation.

It was noted that even after the passage of three years since India’s illegal and unilateral actions of 5 August 2019, there is no let-up in the strong-armed military siege of the occupied territory and the humanitarian and human rights situation continues to exacerbate. Extrajudicial killings, detentions and arrests, fake cases and bogus trials under the ambit of draconian laws and a compromised judicial system have become a norm in the IIOJK.

Pakistan’s categorical rejection of the report of the so-called “Delimitation Commission” was also reiterated. It was underscored that India cannot unilaterally alter the demographic composition of IIOJK under the garb of fake electoral reforms.

The Cd’A was reminded of Pakistan’s consistent demand that the Government of India must reverse its illegal and unilateral actions of 5 August 2019; immediately lift its inhuman military siege in IIOJK; stop its illegal measures to change the demographic structure of the occupied territory; cease extra-judicial killings of Kashmiri youth in fake encounters and cordon-and-search operations; release the illegally detained Kashmiri youth and political leadership; annul Hurriyat leader Mr. Yasin Malik’s fallacious life-sentence under fictitious charges and withdraw all other fabricated cases that have been mischievously spun around him; withdraw over 900,000 occupation troops from IIOJK; and let Kashmiris exercise their inalienable right to self-determination through a fair and impartial plebiscite under the auspices of the United Nations as enshrined in the relevant UN Security Council Resolutions.

and ensure a just resolution of the Jammu and Kashmir dispute in line with the relevant UN Security Council resolutions and the wishes of the Kashmiri people. 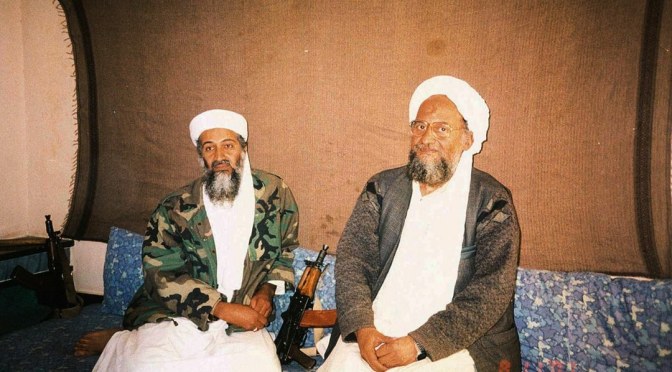 Al Qaeda leader Ayman al-Zawahiri was killed in a US strike in Afghanistan over the weekend, American President Joe Biden said on Monday.

Zawahiri, an Egyptian surgeon who had a $25 million bounty on his head, helped coordinate the Sept 11, 2001, attacks that killed nearly 3,000 people.

US officials, speaking on the condition of anonymity, said the United States carried out a drone strike in the Afghan capital Kabul on Sunday morning at 6:18am local time.

“Now justice has been delivered, and this terrorist leader is no more,” Biden said in remarks from the White House. “We never back down.”

US intelligence determined with “high confidence” that the man killed was Zawahiri, a senior administration official told reporters. No other casualties occurred.

“Zawahiri continued to pose an active threat to US persons, interests and national security,” the official said on a conference call. “His death deals a significant blow to al Qaeda and will degrade the group’s ability to operate.”

There were rumors of Zawahiri’s death several times in recent years, and he was long reported to have been in poor health.

His death raises questions about whether Zawahiri received sanctuary from the Taliban following their takeover of Kabul in August 2021. The official said senior Taliban officials were aware of his presence in the city.

The drone attack is the first known US strike inside Afghanistan since US troops and diplomats left the country in August 2021.

In a statement, Taliban spokesman Zabihullah Mujahid confirmed that a strike took place and strongly condemned it, calling it a violation of “international principles.”

“Once Zawahiri arrived at the location, we are not aware of him ever leaving the safe house,” the official said. He was identified multiple times on the balcony, where he was ultimately struck. He continued to produce videos from the house and some may be released after his death, the official said.

In the last few weeks, Biden convened officials to scrutinise the intelligence. He was updated throughout May and June and was briefed on July 1 on a proposed operation by intelligence leaders. On July 25, he received an updated report and authorised the strike once an opportunity was available.

“A house was hit by a rocket in Sherpoor. There were no casualties as the house was empty,” Abdul Nafi Takor, spokesman of the interior ministry, said earlier.

One Taliban source, requesting anonymity, said there had been reports of at least one drone flying over Kabul that morning.

With other senior al Qaeda members, Zawahiri is believed to have plotted the October 12, 2000, attack on the USS Cole naval vessel in Yemen which killed 17 US sailors and injured more than 30 others, the Rewards for Justice website said.

He was indicted in the United States for his role in the August 7, 1998, bombi 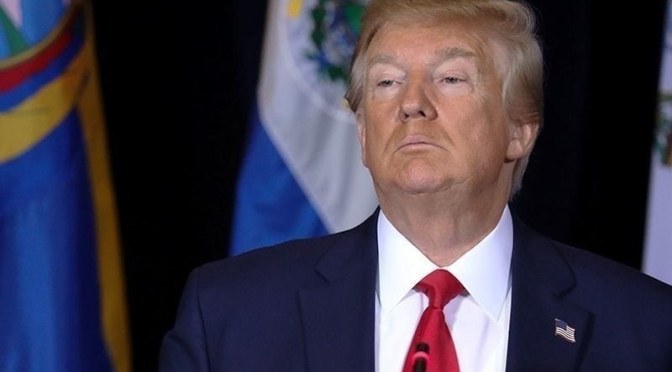 WASHINGTON: Former US president Donald Trump returned to the US capital this week and delivered a speech that’s being interpreted as his first for the 2024 election campaign.

“As Trump speaks in Washington, his allies prepare for a second term,” The Washington Post reported. “Trump supporters are already working on a government-in-waiting if he wins re-election in 2024.”

Mr Trump, who left Washington in January 2021, without attending his successor Joe Biden’s inauguration, stayed away from the US capital till this week. He returned on Tuesday to speak at a think-tank — the American First Policy Institute — that he founded.

CNN, which strongly opposed Mr Trump during his first term, noted that the speech showed “his 2024 campaign would take the country down a dark and dangerous road”.

“I always say I ran the first time and I won, then I ran a second time and I did much better,” AFP quoted Trump as saying. “We may just have to do it again. We have to straighten out our country.”

The Guardian noted that Mr Trump “stopped short of outright declaring his candidacy,” but he did say that it would be his “very great honour” to run again, and that if he didn’t “our nation is doomed”.

The Post reported that in his “dystopian speech,” Mr Trump encouraged “tough, nasty and mean” responses to violent crime and the forcible relocation of homeless people to quickly-built tent cities in the suburbs.

Another Washington news source, Politico, hinted at the possibility of “a Biden-Trump rematch” in 2024 but noted that “neither side wants to move first”. Mr Trump said if he ran, he would not do so for personal gratification. “I’m not doing this for me because I had a very luxurious life. I had a very simple life. I do it because I love our country,” he said. 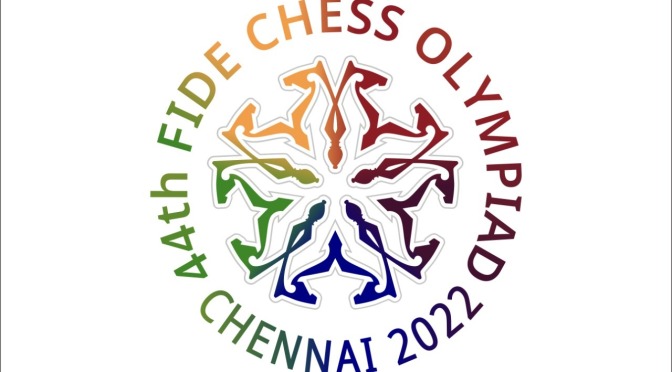 Pakistan was invited by the International Chess Federation (FIDE) to participate in the 44th Chess Olympiad scheduled to be held in Chennai, India, from 28 July to 10 August 2022. A Pakistani contingent was already training for this event.

Regrettably, India has chosen to politicize this prestigious international sporting event by passing the torch relay of this event through the Indian Illegally Occupied Jammu and Kashmir (IIOJK). The torch relay passed through Srinagar on 21 June 2022.

By passing the torch relay through IIOJK, in utter disregard of the globally acknowledged “disputed” status of the territory, India has committed a travesty that the international community cannot accept under any circumstances. India must know that by such provocative and indefensible actions, it can neither seek nor claim international legitimacy for its unjustifiable, illegal and tyrannical occupation of IIOJK continuing for over 7 decades.

As is well-known, Jammu and Kashmir is an internationally recognized “disputed” territory between Pakistan and India. The IIOJK has been under forcible and illegal occupation of India since 1947 and this dispute has remained on the agenda of the United Nations Security Council for more than seven decades. India is responsible for widespread atrocities and egregious human rights violations in IIOJK. Since India’s illegal and unilateral actions of 5 August 2019, Indian occupation forces have extra-judicially killed more than 650 innocent Kashmiris. More ominously, India has been seeking to change the demographic structure of the occupied territory in flagrant violation of relevant UN Security Council resolutions, international law, and the 4th Geneva Convention.

Pakistan condemns India’s mischievous attempt to mix politics with sports. As a protest, Pakistan has decided not to participate in the 44th Chess Olympiad and will also raise the matter with the International Chess Federation at the highest level.

Pakistan also strongly urges the international community to call upon India to end its gross and systematic violations of human rights in IIOJK, revoke its illegal and unilateral actions of 5 August 2019, and free all political prisoners including the true Kashmiri leaders. 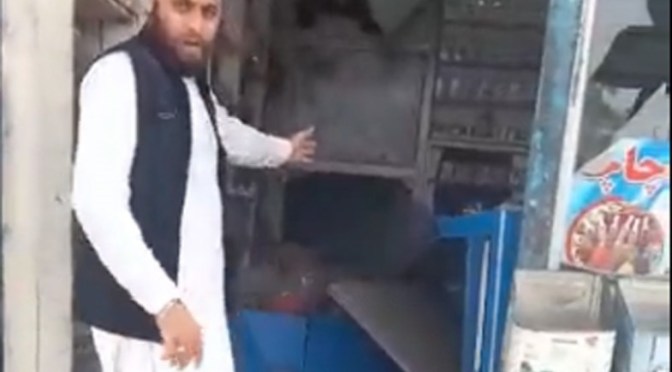 Kabul, July 27 (KMS): Reports emanating from Afghanistan say that terrorists have carried out a bomb blast on a Gurdwara, the Sikh religious place, in Kabul.

The blast was reportedly took place at the main gate of Gurudwara Karte Parwan, Kabul, Afghanistan.

The blast comes a month after the so-called Islamic State of Kharasn Province, which has deep-rooted looks with RAW, attacked Karte Parwan Gurwara. It claimed lives of dozens of Sikhs and Taliban members.

The Gurudwara was attacked, earlier this year, killing two Afghans including one Sikh.

The repeated targeting of tiny Sikh minority by terrorists in Afghanistan has forced analysts to find a link between the rising attacks on Gurdwaras in Afghanistan and elsewhere in the world and the recently-held Referendum for Khalistan in some European countries.

The analysts believe that the overwhelming participation of Sikh community in the referendum for a separate homeland, based on some states presently under control of India, has unnerved the Modi regime.

The Indian Charge d’Affaires (Cd’A) in Islamabad was called to the Ministry of Foreign Affairs today and conveyed Government of Pakistan’s unequivocal rejection of India’s illegal and unilateral actions of 5 August 2019 in Indian Illegally Occupied Jammu & Kashmir (IIOJK), which breached international law, UN Charter and the 4th Geneva Convention as well as … END_OF_DOCUMENT_TOKEN_TO_BE_REPLACED

Al Qaeda leader Ayman al-Zawahiri was killed in a US strike in Afghanistan over the weekend, American President Joe Biden said on Monday. Zawahiri, an Egyptian surgeon who had a $25 million bounty on his head, helped coordinate the Sept 11, 2001, attacks that killed nearly 3,000 people. US officials, speaking on the condition of … END_OF_DOCUMENT_TOKEN_TO_BE_REPLACED

WASHINGTON: Former US president Donald Trump returned to the US capital this week and delivered a speech that’s being interpreted as his first for the 2024 election campaign. “As Trump speaks in Washington, his allies prepare for a second term,” The Washington Post reported. “Trump supporters are already working on a government-in-waiting if he wins re-election in … END_OF_DOCUMENT_TOKEN_TO_BE_REPLACED

Party head will also have to listen to parliamentary party’s opinion: CJP