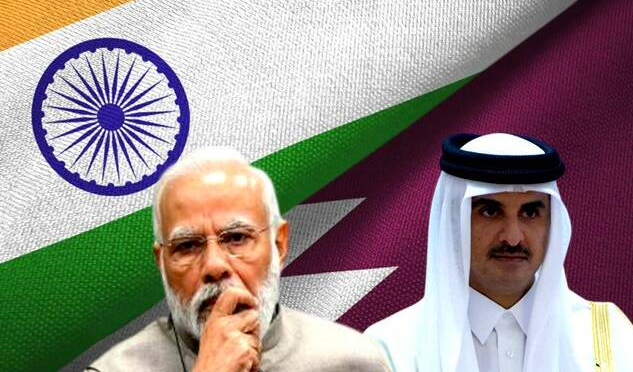 According to a Gulf Times report, Atla was running a spying ring, and has been expelled back to New Delhi. He is the third Indian Defense Attaché to be ousted from Qatar in recent months.

Eight former Indian Navy officials were detained in Qatar last year on charges of espionage—the latest in a series of Indian officials who have been caught spying on behalf of Israel. According to information obtained by The Gulf Times, the detained Navy personnel were agents of Indian R&AW who were working at Dahra Global Technologies and Consultancy Services in Doha. These spies were providing training and other services to the Qatari Emiri Navy and had been caught in August 2022 for their involvement in espionage, international terrorism, and Zionist activities.

The retired officer played a key role in these activities and was actively involved in transferring data of leading Gulf Muslim countries such as Saudi Arabia, United Arab Emirates (UAE), Oman and Bahrain to Israel and India. He was honored with the ‘Pravasi Samman Award’ (Highest honored Overseas Indian Award) from Indian President Ram Nath Kovind in 2019.

India has been in a state of denial, just like Kalbushan Yadav. The news that 8 officers were detained on spying charges by Qatar was released on social media on 25 Oct 2022 by the wife of one of the officers, who requested Indian authorities to get them released.

Reports claimed that these officers were detained by Qatar on charges of spying for Israel, however, India’s Ministry of External Affairs (MEA) revealed no information regarding the allegations against these former officials. Indian Embassy in Doha is aware of this embarrassing act of Indian Navy officers but has not commented on the incident to date