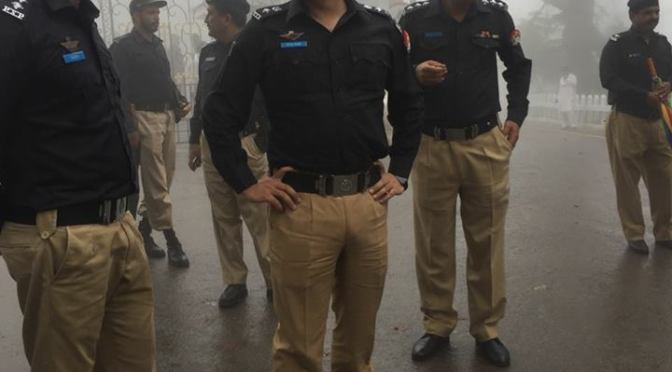 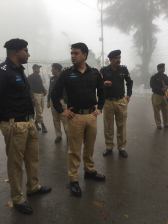 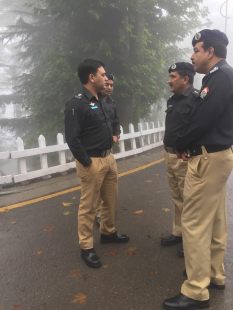 WASHINGTON: US President Donald Trump is furious that American troops are not winning the war in Afghanistan and wants to sack their commander Gen John Nicholson, the US media reported on Thursday.

Almost all major US media outlets claimed that President Trump had become “increasingly frustrated” with the pace of the war in Afghanistan and was upset with the team he had asked to craft a new strategy for winning the war.

Quoting senior administration officials, the media reported that President Trump at a recent White House meeting suggested firing the commander of US forces in Afghanistan Gen Nicholson “because he is not winning the war”.

The media reported that US Defence Secretary James Mattis and Chairman of the Joint Chiefs of Staff, Gen Joseph Dunford, also attended the July 19 meeting where Mr Trump asked them to find a new commander for Afghanistan.

A senior Trump official told NBC News, which first reported the proceedings of the meeting, that “an agitated president lashed out at his top military advisers” when they described the war as a stalemate.

“We aren’t winning. We are losing,” Mr Trump told his generals while emphasising the need for a change of command in Afghanistan.

“By most measures, the president is correct,” said NBC News while commenting on Mr Trump’s remarks. “The US military has become bogged down in Afghanistan,” it added.

The television channel also quoted from a report, released last month by a US government watchdog, the Special Inspector General for Afghanistan Reconstruction (SIGAR), pointing out that after almost 16 years America was still far from winning the war.

So far of 2,216 US military personnel and tens of thousands of civilians were killed in Afghanistan. And the longest war of the US history had already cost the American taxpayers an estimated $714 billion, the SIGAR reported.

“In return, the US-backed Afghan government controls less than 60 per cent of its own country,” said the official report.

“Much of the rest is controlled by a resurgent Taliban, with many areas that the US and its allies fought hardest to secure slipping back into militant hands,” NBC News added.

The US media also referred to a pledge Secretary Mattis made at a Senate Armed Services Committee hearing in June. “We’re not winning in Afghanistan right now and we will correct this as soon as possible,” he said.

The media pointed out that Mr Mattis’ pledge appeared to have stalled while the White House national security team was also unable to craft a winning strategy.

After months of trying, the policy planners did present some options to President Trump late last month but he rejected them because he believed that “it’s not a winning strategy”, a media report claimed. 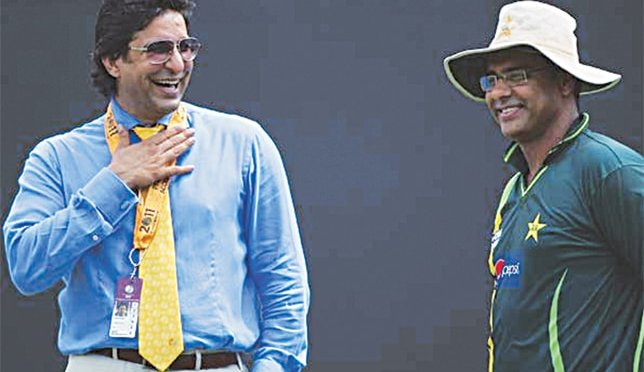 KARACHI: The Sultans of Swing, Wasim Akram and Waqar Younis will once again be together on the same side, representing newest PSL franchise Multan Sultans in the next edition of the T20 league.

In an official signing agreement, expected to take place during August in Karachi, Wasim will take the role of cricket operations director, while Waqar will be the mentor and head coach.

This will be the first time the duo will work together since their retirements in 2003.

Wasim decided to leave Islamabad United as a mentor after two seasons, that included winning the inaugural Pakistan Super League in 2016 with them.

This will be Waqar’s first time in the PSL, having formerly been the head coach of the national side.

Wasim, in partnership with Waqar, intimidated international batsmen in the 90s. Together known as “the two Ws” of the Pakistani team, the duo were one of the most lethal and successful bowling partnerships in cricket.

In the 61 Tests that the duo played together, they shared 559 wickets between them, Wasim picking 282 wickets while Waqar taking 277. 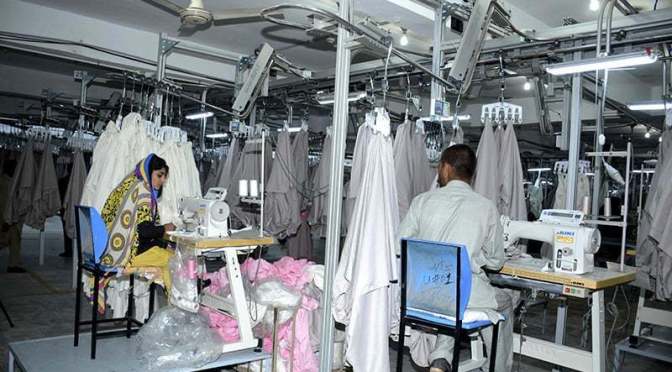 ISLAMABAD: A parliamentary committee was told on Thursday that the government had decided to wind up the Pakistan Tex­tile City even though more than Rs2.5 billion had already been invested in the initiative.

“The company faces financial problems and its liabilities have swollen to nearly Rs5 billion during the last decade. The board of governors has decided to wind up the Textile City,” Kazim Hussain, Director General of Planning and Development, Port Qasim Authority, told the Senate committee on ports and shipping.

Mr Hussain, who is also a member of the Textile City’s board of governors, said a general body meeting of investors and shareholders would be held soon. If 75 per cent of the investors voted for winding up the project, it would be closed down, Mr Hussain said.

“The government has ordered the disposal of all assets of the company and the land transferred to the Port Qasim Authority, which leased 1,250 acres for the Textile City. The PQA shall be responsible for settling all liabilities of the company out of its own resources since it will have beneficial use of the land,” Mr Hussain told the committee members.

The committee was infor­med that the city was established in May 2004 in order to encourage the setting up of special textile export processing zones. Mr Hussain said the company was set up to provide the textile sector with a sound infrastructure.

According to the official, the government owned 56 per cent shares while the Sindh government 16 per cent.

“Although Rs2.5 billion has already been injected into the infrastructure, no progress could be made due to unavailability of water, gas and electricity. The issue of these basic utilities could not be settled despite our best efforts. The company’s accounts have been blocked by the National Bank due to non-payment of loans,” said Mr Hussain. The company has been suffering losses of Rs800,000 every day.

Mr Hussain told the meeting that the NBP had now approached the High Court to recover its dues and the matter was pending in court.

However, the committee believed that the company, a project of the federal government, should be revived.

“We need the textile industry to grow. The federal government and the Sindh government should come up with a strategy to settle liabilities. Huge investments have already been made, including two solar and wind power generation plants,” said Senator Taj Haider.

He believed that once the company became operational, it would employ more than 32,000 people directly and indirectly.

Senator Nehal Hashmi was pessimistic about the project. “Over the last ten years, nothing has been done on the ground. There is no gas, no water and no electricity because nobody ever took interest,” said Mr Hashmi.

The chairman of the committee, Senator Muhammad Ali Khan Saif of the Muttahida Qaumi Movement, said the committee had made recommendations for breathing a new life into the project, calling for sending the suggestions to the prime minister.

Members of the new federal cabinet took oath at a ceremony organised at the Presidency in Islamabad on Friday morning.

The names of the cabinet members and their portfolios were finalised by PM Abbasi after six-hour-long consultations with his predecessor Nawaz Sharif and Punjab Chief Minister Shahbaz Sharif in Murree on Thursday.

Ishaq Dar will continue as finance minister whereas Pervez Malik will be the new minister for commerce in place of Khurram Dastagir Khan, who will take charge of the defence ministry.

Saad Rafique will retain his post as minister of railways.

Daniyal Aziz from Narowal, Talal Chaudhry from Faisalabad, Arshad Leghari from Rahim Yar Khan and Junaid Anwar Chaudhry from Toba Tek Singh are said to be among the newcomers in the cabinet.

Marriyum Aurangzeb, Zahid Hamid and Dr Tariq Fazal Chaudhry are expected to retain their previous portfolios. Hamid was law minister and Aurangzeb minister of state for information in the previous cabinet of the ousted prime minister Nawaz Sharif. She had replaced Pervez Rashid. Tariq Fazal was in charge of the Capital Administration and Development Division.

PMl-N’s information secretary Mushahidullah Khan returned to the cabinet as minister of climate change. He had been expelled by Sharif for issuing a controversial statement accusing the ISI of sponsoring the Pakistan Tehreek-Insaf’s sit-in in 2014.

The PML-N had been deliberating over membership of the new cabinet over the past few days, as well as its contender for the upcoming NA-120 by-poll for the seat left vacant by ousted prime minister Nawaz Sharif.

The federal cabinet was dissolved after Sharif stepped down following a landmark Supreme Court ruling on the Panama Papers case.

The court in its July 28 verdict concluded that Sharif had been ‘dishonest’ by not declaring in his nomination papers for the 2013 General Election ─ as required under Section 12(2)(f) of the Representation of the People Act (ROPA), 1976 ─ a salary of 10,000 dirhams receivable as chairman of the board of Dubai-based company Capital FZE owned by his son Hassan Nawaz.

Following the prime minister’s ouster, PML-N leader Shahid Khaqan Abbasi was nominated as the party’s choice for interim prime minister. He was elected premier by MNAs on Tuesday, and took oath on the same day.

Abbasi, in his maiden speech to the National Assembly following his election, put forward his vision to improve the socio-economic conditions and security situation in the country, showing that he has some personal ambitions apart from PML-N guidelines.

The new army chief on Saturday said the military was ready to defend “every inch of our motherland” if attacked, during a visit to the Line of Control (LoC). The visit came less than a week since General Asim Munir took charge as the 17th army chief of Pakistan at a ceremony held at the … END_OF_DOCUMENT_TOKEN_TO_BE_REPLACED

When the Muslim Ummah will follow the religious orders and the principles given by the Prophet ﷺ, Muslims will be the cause of love, brotherhood and unity in the whole world. Islam always teaches peace,said Ameer Abdul Qadeer Awan. He said, Today, even non-Muslims who have implemented the orders of Islam in their lives are … END_OF_DOCUMENT_TOKEN_TO_BE_REPLACED