Wars have a way of creating false or incomplete histories. The tales of heroes and victories often obscure the plight of the common person caught in the war zone.

The suffering of those living in Umerkot, Sindh during the 1965 and the 1971 wars fought between India and Pakistan finds no mention in the history books taught in our schools. I learnt about these unwritten stories by word of mouth during a recent visit to this small, dusty town.

Umerkot is located in the east of Sindh, about 60 kilometres from the Indian border. It is famous for the Umerkot Fort that dates back to the 11th century. Mughal emperor Akbar was born at the Fort in 1542, after the Hindu Raja Rana Parasad gave refuge to his father Humayun, who was fleeing the armies of Sher Shah Suri. The Fort is also the setting of the famous Sindhi tragic romance of Umar Marvi.

I, and a group of friends, had travelled to Umerkot to record Shafi Faqir, a very fine singer of Sufi poetry. We were all set to record the singer in the morning when we got the news that he was going to be late since a relative of his had passed away and he had to be at the funeral. He requested a friend of his, Mohammed Jumman, to attend to us while we were waiting.

This sad and unexpected situation turned out to be a blessing in disguise for us as we found out, much to our delight, that Mohammed Jumman, who was about 70 years old, was a wonderful Sindhi poet and a scholar of the area’s history. He had been close to the famous Sindhi intellectual and nationalist, the late G.M. Syed.

Recounting the recent history of Umerkot, Jumman told us that in 1965, Umerkot’s population was 80% Hindu and 20% Muslim. Most of the large landowners of the area, known as Thakurs, were high-caste Hindus.

The Thakurs employed tradesmen like shoemakers, carpenters, and musicians. They provided housing, education, and health care for these tradesmen as well. Faqir’s family was also in the employ of a Thakur.

Then came the 1965 war and a major upheaval took place in the lives of the residents. Fearing reprisals by Muslims, most Hindus crossed over to India. The majority of those who left Pakistan were the rich Thakurs.

The lower-caste Hindus — Bheels, Kolhis and Meghwars — stayed back as they were poor and discriminated against on both sides of the borders. It did not matter to them whether they earned their living in India or Pakistan.

The migration of the Thakurs left their employees without a place to live or any source of income. Faqir’s father and Jumman had to move to larger towns and take up jobs as tea boys or truck cleaners to survive. Jumman told us that the period between 1965 and 1968 were the worst in his life.

The war came to haunt the residents of Umerkot again in 1971, when the Indian army crossed the border and occupied parts of Tharparkar. This is something that is not common knowledge in Pakistan.

Many fled Umerkot to its adjoining areas as fear of the advancing Indian army grew. They left their houses and cattle behind as they rushed out of the war zone.

When the ceasefire came into effect and the Indian army retreated, the residents came back to find a lot of their houses destroyed and their cattle stolen. This meant another struggle to rebuild their lives.

The religious composition of Umerkot has now changed and the majority of the population is Muslim. Jumman told me that while generally there is peace between the two communities, the relations are on an edge and a small incident can trigger violence.

He also lamented that before the wars, it was very easy to cross the border to meet relatives. All that was needed was a small tip to the border guards. Now, it is not possible to do so without taking the risk of being shot.

It is telling that Jumman’s nom de plume is Dar Badar (of no fixed abode). There could not have been a more appropriate word for the displacements he had been forced to endure.

The sadness of this history was alleviated somewhat when Faqir arrived and sang the songs of love of the native soil, of peace, and of the impermanence of all things worldly.

All photos by the author. 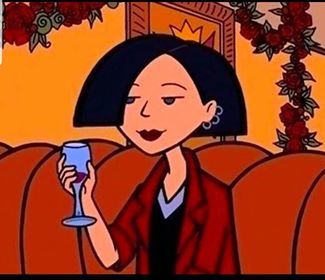 Vaqar Ahmed is an engineer turned part-time journalist who likes to hang out at unfashionable places like shrines, railway stations and bus stops.

The views expressed by this writer and commenters below do not necessarily reflect the views and policies of the Dawn Media Group.