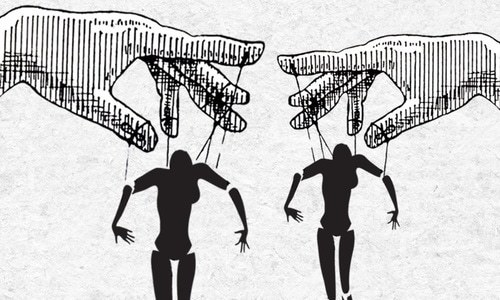 Karen doesn’t even have the strength to walk properly. She tells me anxiously that it feels like pins and needles in her left leg.

She is hoping that I would offer some explanation about her recurrent symptoms.

Internists and neurologists were unable to diagnose what was wrong with her.

Karen looks at me in confusion; I can tell that she is wondering how a psychiatrist would be able to help her.

My speciality is psychosomatic medicine, a subspecialty in psychiatry, focusing on medical symptoms caused by disorders. A simple example is when someone has anxiety-induced physical symptoms such as nausea or severe headaches.

In our field, patients are only referred to us by our counterparts in internal medicine once all medical causes of a patient’s illness have been ruled out. We treat any underlying psychological reasons that may be resulting in physical symptoms.

I ask Karen if she is facing any kind of stress in her life.

She then says that she is having a hard time juggling her job and kids.

But I point out that her symptoms tell a different story.

As I say that, she leaves my office with tears in her eyes.

However, I am not surprised that she eventually comes back.

She finally accepts that hiding her pain would not help her.

Trying to remain composed, she opens up about the insults, the passive aggressiveness, and complete lack of compassion on part of her spouse.

At the same time, she desperately wants her marriage to last since her husband is a good father.

But as his wife, she feels abused. He is never physically aggressive, but emotionally, he is not a kind partner.

In other words, Karen is in an emotionally abusive relationship, which is contributing to her current symptoms.

After evaluation, we diagnosed her with conversion disorder, which is a condition where a patient shows psychological stress in physical ways.

Research has shown that when someone is subjected to constant emotional stress, it can produce physical symptoms such as pain and numbness.

Karen is fortunate enough to receive help, as she is an American citizen living in the US. Had Karen been a Pakistani, chances are she would have been expected to continue enduring the pain and be a so-called good wife and mother.

Not only did she find a team of dedicated physicians, but her husband was also willing to consider couples therapy in an effort to support his wife.

Sadly, the same cannot be said for much of Pakistan, where when in an abusive relationship, the women suffer in silence.

This is also because there is an acceptance of the abuse — where society thinks women should accept it as a natural part of marriage.

But the result of this lack of compassion and micro-aggressions on part of the spouse not only contributes to depression and anxiety, there can also be devastating effects on the victim’s body.

However, this can only be fought if society starts seeing emotional abuse for what it is as opposed to accepting it as a natural part of the deal a woman gets in a marriage and sometimes even glorifying it in day-to-day life as well as through popular culture.

Promoting a woman as a ‘good girl’ who will accept come what may just to stay in a marriage is deeply harmful.

As a society, we need to seriously think about what we are doing with regard to the psychological — and by extension physical — health of our women.

Note: The patient’s name has been changed to protect privacy.

Srinagar, October 01 : In India illegally occupied Jammu and Kashmir, Indian troops in their unabated acts of state terrorism martyred seventeen (17) Kashmiris in the last month of September. According to the data issued by the Research Section of Kashmir Media Service, today, of those martyred ten (10) Kashmiris were killed in fake encounters. … END_OF_DOCUMENT_TOKEN_TO_BE_REPLACED

Laal Singh Chaddha is the latest film to face targeted attacks from anti-Muslim, Hindu-nationalist trolls who some claim are beginning to impact box office performance In August this year, a week after the release of Laal Singh Chaddha, Bollywood’s adaptation of Forrest Gump, a Twitter account with about 280,000 followers, tweeted: ​​“#Urduwood is trending. Thanks to … END_OF_DOCUMENT_TOKEN_TO_BE_REPLACED

KARACHI: Foreign Minister Bilawal Bhutto-Zardari said on Thursday that Islamabad had so far not requested a restructuring, deferment or swap of debt owed to China in the wake of the catastrophic floods that hit the country. Insisting that whenever such a conversation takes place, it would be on Pakis­tan’s own terms, he said that he … END_OF_DOCUMENT_TOKEN_TO_BE_REPLACED No ‘debt swap’ talks with Beijing yet, says Bilawal →