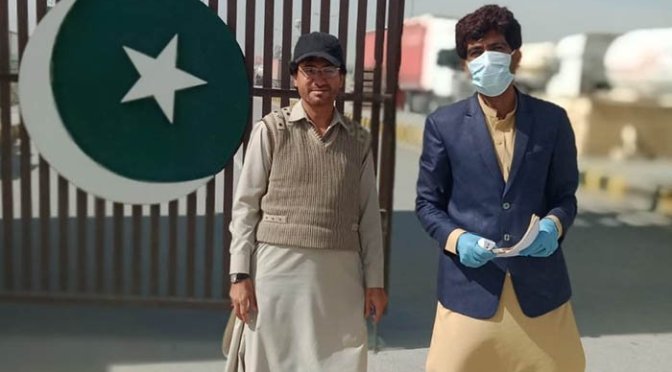 Pakistan sealed the Taftan border and stopped movement of people to and from the country on Sunday in light of the coronavirus outbreak in Iran which led to the deaths of eight people in the country over the past few days.

Tehran said on Friday that as many as 43 people were being treated for the virus in different cities of the country. The Balochistan government on Friday imposed emergency in all areas of the province bordering Iran.

Spokesperson of the Government of Balochistan Liaquat Shahwani said that it had been decided to keep the pilgrims in Iran for the time being. He said that the provincial government had decided that Pakistanis from Balochistan will not be allowed to travel to Iran.

“The government is alert about the coronavirus. We are speaking to the Irani government about our pilgrims in Iran,” he said. Shahwani said that pilgrims from Iran will be allowed to enter Pakistan after a thorough screening process. He said that 89 pilgrims in Taftan’s Pakistan House were being brought to Quetta.

He said that isolation wards, medicines and doctors were monitoring the situation at the border. Shahwani said that the provincial government has asked the Iranian government to give clearance certificates for its people coming to Pakistan.

“People coming from Iran will be quarantined for 14 days,” he said. “Very few people will travel to Iran from Pakistan.  However, more people from Iran come into Pakistan via the crossing,” he added.

However, flights to and from Iran have not been suspended, confirmed an official of the Civil Aviation Authority Pakistan (CAAP).

“The staff of health ministry is already present at the airports and a passenger is allowed entry only after clearance of health declaration,” he said. The official further said that flights to and from China had not been suspended hence it was likely that the same won’t be done in the case of Iran.

A meeting chaired by the chief secretary on the coronavirus situation in Iran was held earlier during the day. The secretary directed the government to stop all movement to and from the province to Iran. He was briefed that government officials will be posted at the international airport who will conduct a screening process of foreigners coming to the country.

KARACHI: Foreign Minister Bilawal Bhutto-Zardari said on Thursday that Islamabad had so far not requested a restructuring, deferment or swap of debt owed to China in the wake of the catastrophic floods that hit the country. Insisting that whenever such a conversation takes place, it would be on Pakis­tan’s own terms, he said that he … END_OF_DOCUMENT_TOKEN_TO_BE_REPLACED No ‘debt swap’ talks with Beijing yet, says Bilawal →

The PKR was being traded at Rs229.5 per dollar at 11:30am after appreciating 1.12 percent from yesterday’s close of Rs232.12, data shared by the Forex Association of Pakistan (FAP) showed. Exchange Companies Association of Pakistan (Ecap) General Secretary Zafar Paracha said sentiments had changed mainly because of Ishaq Dar’s return as finance minister due to which the … END_OF_DOCUMENT_TOKEN_TO_BE_REPLACED PKR strengthens by Rs2.62 against dollar in interbank →

LONDON, Sept 28 (Reuters) – President Vladimir Putin’s latest warning that he is ready to use nuclear weapons to defend Russia amid the war in Ukraine has made a troubling question much more urgent: Is the former KGB spy bluffing? Putin cautioned it was no bluff, and Western politicians, diplomats and nuclear weapons experts are … END_OF_DOCUMENT_TOKEN_TO_BE_REPLACED