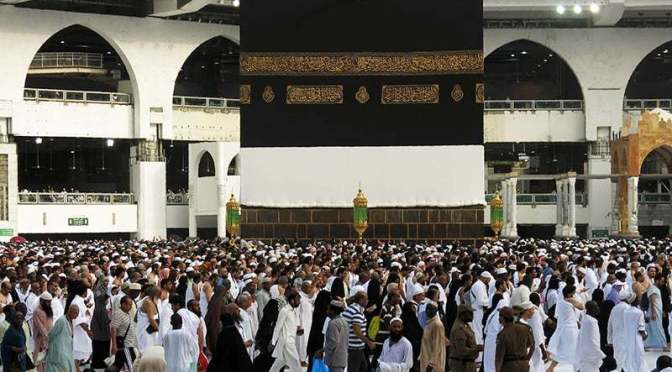 ISLAMABAD: As inflation has hit every activity, performing Haj has also become costlier this year, but the government claims that it has curtailed Haj expenses to the maximum extent.

The federal cabinet on Tuesday approved Haj Policy 2020 under which Haj under government scheme will cost Rs490,000 to each pilgrim with 7.35 per cent increase as compared to the cost of Haj in 2019.

However, Minister for Religious Affairs Noorul Haq Qadri said at a press conference that the government had curtailed Haj expenses to the maximum possible extent otherwise it could have cost Rs540,000 to each pilgrim.

“Devaluation of rupee, inflation and increased air fares and accommodation expenses in Saudi Arabia are the main factors behind the slight increase in the cost of Haj,” he added.ARTICLE CONTINUES AFTER AD

He said this year every pilgrim from any country had to pay additional 410 Riyals to the Saudi government because 300 Riyals would be charged at the time of issuance of visa and 110 Riyal as health insurance.

The minister said this year 179,210 Pakistani pilgrims would perform Haj, 60pc of them under the government quota and 40pc under private tour operators’ quota.

The minister claimed that this year pilgrims would be given more facilities and all arrangements had been made to provide them ease during Haj.

Former United States President George W. Bush mistakenly described the invasion of Iraq as “brutal” and “unjustified” before correcting himself to say he meant to refer to Russia’s invasion of Ukraine. Bush made the comments in a speech during an event in Dallas on Wednesday, while he was criticising Russia’s political system. “The result is … END_OF_DOCUMENT_TOKEN_TO_BE_REPLACED

Reuters: More than 500,000 people have fled their homes in India’s northeastern state of Assam to escape heavy floods triggered by pre-monsoon rains that drowned seven, authorities said on Wednesday, as they warned the situation could worsen. One of the world’s largest rivers, the Brahmaputra, which flows into India and neighbouring Bangladesh from Tibet, burst … END_OF_DOCUMENT_TOKEN_TO_BE_REPLACED

The government began talks with the International Monetary Fund (IMF) on Wednesday over the release of crucial funds, a process slowed by concerns about the pace of economic reforms in the country. Pakistan has repeatedly sought international support for its economy, which has been hit by crippling national debt, galloping inflation and a plummeting rupee. … END_OF_DOCUMENT_TOKEN_TO_BE_REPLACED