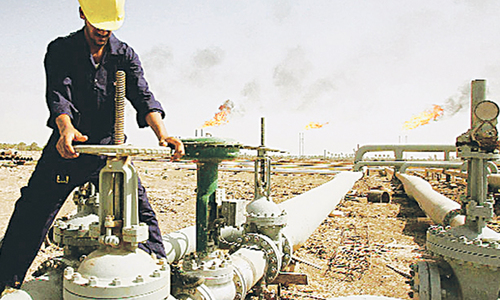 ISLAMABAD: The state-run Oil and Gas Development Company Ltd (OGDCL) has struck a new oil and gas discovery in an area of Hyderabad, Sindh, raising hopes of fresh hydrocarbon openings.

The discovery at exploratory well Chhutto-1 is the first hydrocarbon find in Bulri Shah Karim Tando Muhammad Khan in District Hyderabad. Initial results encouraged the company to go for two more wells in the same licence areas, of which one well has already been marked for immediate drilling.

The OGDCL is the operator of joint venture of Nim Block having 95 per cent share with 5pc shareholding of the federal government through Government Holdings (Pvt) Ltd (GHPL).

The structure of Chhutto-1 was delineated, drilled and tested using OGDCL’s in-house expertise. The well was drilled down to the depth of 3,820 metres. The well has tested 8.66 million standard cubic feet per day (mmscfd) of gas and 285 barrels per day (bpd) of condensate through 32/64-inch choke at wellhead flowing pressure of 2,100 per square inch from “A” sands of the Lower Goru formation.

The “discovery is the result of aggressive exploration strategy adopted by the OGDCL”, the company said in a statement, adding that “it has opened a new avenue and would add to the hydrocarbon reserves base on the OGDCL and the country”.

The OGDCL has the largest acreage, production and hydrocarbon reserves in the country. It is listed on the Pakistan and London stock exchanges with a debt-free robust balance sheet and cash reserves, although its huge financials are stuck up in the country’s chronic energy sector circular debt.

The company hit a record production level of 50,172 bpd of oil a few months ago, securing 57pc share in the country’s total production of about 88,000 bpd.

Pakistan meets around 12pc of its oil requirement from indigenous resources. Historically, the OGDCL’s production has hovered between 35,000 and 45,000 bpd. The company had taken in hand an aggressive exploration and development programme in the last few years to take advantage of a slowdown in drilling activities in the Middle East and around the world.

Only recently, the company launched four fresh seismic crews started operations in Kharan, Pasni, Gwadar, Zhob and Musakhel in Balochistan which remained “inaccessible due to security situation for a long time”.

A company official said that it was for the first time that its nine seismic crews were simultaneously working in various parts of the country. The number of such crews never went beyond five in the past, he claimed.

The PKR was being traded at Rs229.5 per dollar at 11:30am after appreciating 1.12 percent from yesterday’s close of Rs232.12, data shared by the Forex Association of Pakistan (FAP) showed. Exchange Companies Association of Pakistan (Ecap) General Secretary Zafar Paracha said sentiments had changed mainly because of Ishaq Dar’s return as finance minister due to which the … END_OF_DOCUMENT_TOKEN_TO_BE_REPLACED PKR strengthens by Rs2.62 against dollar in interbank →

LONDON, Sept 28 (Reuters) – President Vladimir Putin’s latest warning that he is ready to use nuclear weapons to defend Russia amid the war in Ukraine has made a troubling question much more urgent: Is the former KGB spy bluffing? Putin cautioned it was no bluff, and Western politicians, diplomats and nuclear weapons experts are … END_OF_DOCUMENT_TOKEN_TO_BE_REPLACED

NEW DELHI, Sept 28 (Reuters) – India declared the Popular Front of India (PFI) Islamic group and its affiliates unlawful on Wednesday, accusing them of involvement in “terrorism” and banning them for five years, after authorities detained more than 100 PFI members this month. The PFI did not immediately respond to an email seeking comment … END_OF_DOCUMENT_TOKEN_TO_BE_REPLACED