Story in detail : Hundreds of workers belonging to various political parties on Monday blocked Taxila-Khanpur road for hours to register their protest against killing of a young man in a robbery attempt.

Protesters after offering funeral prayers of Osama Butt,18, son of Shafaqat Butt, a councillor of the area, gathered on the road and put traffic out of gear for several hours.

Osama was killed by the robbers when he resisted their bid to snatch money from him at a bakery near Taxila Museum.

Besides, the armed men also shot and injured Zahid Khan, a passersby, whose at a local hospital was stated to be critical.

The protesters while talking to newsmen called upon Federal Minister for Interior Ch Nisar Ali Khan to take notice of lawlessness in the area. Various ruling party councillors also criticised the local police for failing to control crimes in the area.

Robberies are order of the day in various commercial and residential areas of the city and few weeks ago, the traders’ community staged a protest on Taxila-Hattar road for several hours to register their protest against robberies in the area.

Separately, a teenage girl was abducted by three people in Taxila police area.

A man reported to police that his daughter who is first year student at local college was on his way home when three persons abducted her and shifted to unknown location.

Taxila police have registered a case and started investigation. 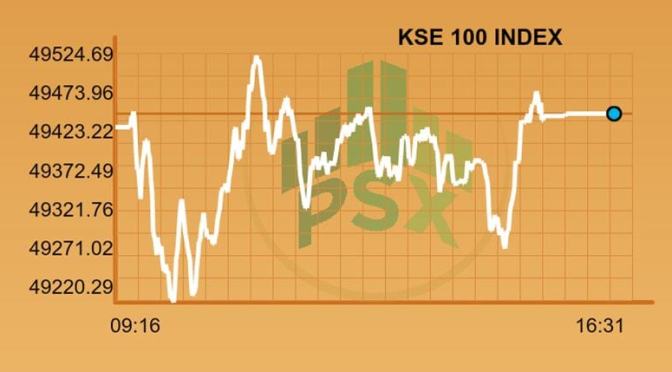 The Pakistan Stock Exchange ended flattish on Tuesday, with the benchmark KSE-100 index gaining 18 points, or 0.04 per cent, by the close of the session to reach 49,453.

“Volatility continued at the local bourse amid declining market participation on the back of heightened monitoring by the regulator,” Hammad Aman of Topline Securities said.

100.8 million shares of indexed stocks changed hands during the session, with a total worth of nearly Rs8.4 billion.

237m shares in all were traded on the PSX, with a total worth of nearly Rs11.4 billion.

Stocks of 381 companies were traded on the exchange, of which 127 gained in value, 235 declined and 19 remained unchanged.

Volumes were led by:

Pakistan’s homegrown cricket tournament PSL 2017 ended with a bang on Sunday and everyone is happy. Well… almost everyone.

Pakistan Tehreek-e-Insaaf (PTI) Chairman Imran Khan believes that the PSL final happening in Lahore wasn’t as big a deal as people are making it sound.

Why? Because the foreign players who participated… were basically a bunch of nobodies, in his opinion.

Commenting on how the major names in cricket didn’t show up, Imran Khan ends up bashing the players who did come, saying he’s never heard of them and calling them phateechar (shabby or worn out).

It was unbecoming of the former cricketer to say that and Twitter is bent on telling him so.

He hurt his own fans.

Many jumped to the defence of the foreign players.

And then Twitter decided to take over the #Phateechar hashtag and make it their own.

Lahore has bigger problems than PSL.

We feel ya, buddy.

An accurate use of the word.

In the end, we have to know… 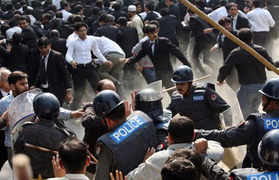 The fight was related to an incident that happened on Monday, when Gulistan-e-Jauhar police had produced two suspects before a magistrate at the city courts to request their remand.

After the remand was granted, police said the suspects’ lawyers and relatives had helped the accused escape from the court premises.

City Courts police later lodged a case against the two lawyers and others on the complaint of an official from the Gulistan-e-Jauhar police station.

However, around 50 lawyers approached the City Courts Police Station on Tuesday afternoon to lodge a ‘counter’ First Investigation Report (FIR) against the officials of the Gulistan-e-Jauhar Police Station.

The fight broke out when police refused to register the case citing insufficient grounds, a police official said.

Pakistan Tehreek-i-Insaaf’s (PTI) chief whip Shireen Mazari on Tuesday criticised the government’s decision to seal the Pak-Afghan border, saying it was not solution in the country’s fight against terrorism.

“Terrorism will not be finished by closing the Pakistan-Afghanistan border,” Mazari said during a session of the National Assembly.

Pakistan’s border crossings with Afghanistan had been sealed in the aftermath of a suicide bombing at the shrine of Lal Shahbaz Qalandar in Sindh ─ the deadliest in a series of recent attacks in the country.

The military leadership had claimed the attacks were carried out by militants operating from safe-havens in Afghanistan.

Mazari asked why Defence Minister Khawaja Asif had alleged a day earlier that India is conducting terrorist activities in Pakistan when Prime Minister Nawaz Sharif had said during a recent visit to Turkey that Pakistan wants to do business with India.

“If terrorism can be defeated by closing the Pak-Afghan border, then why not close the Wagah border as well?” Mazari asked. “What is our foreign policy and who develops it?” she added.

Pointing to the Army’s recently-launched Operation Raddul Fasaad, Mazari also questioned why the policies that had created “fasaad” (discord) in the country had not been done away with.

“We have noted this latest development,” Chinese Foreign Ministry spokesperson Zhao Lijian told a media briefing China on Thursday voiced its opposition to India’s reported plans to hold the next year’s meeting of G-20 leaders in Jammu and Kashmir, echoing close ally Pakistan’s objection, and underlined that relevant sides should avoid “unilateral moves” that may “complicate” … END_OF_DOCUMENT_TOKEN_TO_BE_REPLACED

Every year, on 26 June, UN marks the International Day in Support of Victims of Torture, reminding the world to condemn torture and show solidarity with those suffering. The continued annexation of the Kashmir valley intensified after August 2019, when India revoked the special status of Jammu and Kashmir in its constitution. Over 800,000 security … END_OF_DOCUMENT_TOKEN_TO_BE_REPLACED

June 21 (Reuters) – Dmitry Muratov, the co-winner of the 2021 Nobel Peace Prize and the editor of one of Russia’s last major independent newspapers, auctioned off his Nobel medal for a record $103.5 million to aid children displaced by the war in Ukraine. All proceeds from the auction, which coincided with the World Refugee … END_OF_DOCUMENT_TOKEN_TO_BE_REPLACED