The United Nations on Wednesday sought release of Kashmiri human rights activist Khuram Parvaiz and asked for amendment in Unlawful Activities Prevention Act (UAPA) and a probe into the Hyderpora civilian killings.

“We are deeply concerned at the arrest of Kashmiri human rights defender Khurram Parvez’ under Indian counter-terrorism legislation, the Unlawful Activities Prevention Act (UAPA),” UN Human Rights Office spokesperson Rupert Colville said in a statement issued on Monday.
The UN has. raised concern over civilians killed by security forces in the course of anti-militancy operations including in Hyderpora recently, and disposal of their bodies in secret.

Parvez, who has now been in custody for more than a week, is accused of terrorism-related offences. “We are unaware of the factual basis of the charges. He is known as a tireless advocate for families of the disappeared and has been targeted before for his human rights work. In 2016, he was detained under another controversial law, the Public Safety Act, for two and a half months after being prevented from travelling to the Human Rights Council in Geneva. He was released after the Jammu and Kashmir High Court declared his detention illegal,” Colville said.

The UAPA, Colville said, empowers the authorities to designate individuals and organizations as terrorists based on imprecise criteria, contains a vague and overly broad definition of ‘terrorist act’, allows people to be held in lengthy pre-trial detention and makes securing bail very difficult. “It raises serious concerns relating to the right of presumption of innocence along with other due process and fair trial rights. The Act is also increasingly being used to stifle the work of human rights defenders, journalists and other critics in Jammu and Kashmir and other parts of India,” the UN statement added.

“In view of this context of previous reprisal for legitimate conduct, we call on the Indian authorities to fully safeguard his right to freedom of expression, association and personal liberty and to take the precautionary step of releasing him,” he said.

“We reiterate our calls for the UAPA to be amended to bring it into line with international human rights law and standards, and urge the authorities, pending the law’s amendment, to refrain from using this or other laws unduly restricting freedom of expression in cases involving civil society, media, and human rights defenders.”

Against this backdrop, the UN Human Rights Office, said it is increasingly alarmed by the rise in killings of civilians, including members of religious minorities, by armed groups in Kashmir this year. “At the same time, civilians have been killed by security forces in the course of counter-terrorism operations, and their bodies on occasion disposed in secret. One of these incidents happened on 15 November when four people were killed in a reported gunfight in Srinagar’s Hyderpora area, including two civilians.”

“There should be prompt, thorough, transparent, independent and effective investigations into all killings of civilians, and families should be allowed to mourn their loved ones and seek justice.”

“We acknowledge the need to prevent violence, but we are concerned at signs of a wider crackdown on civil society actors in Jammu and Kashmir. The use of sweeping counter-terrorism measures risks leading to further human rights violations and deepening discontent.”

“We call on the security forces and armed groups to exercise restraint, and to ensure that the rise in tensions in Jammu and Kashmir in recent weeks does not lead to further violence against the civilian population.”

Modi government has crushed the media in IIOJK. At least 2,300 people have been booked under the UAPA in last two years.

The act is also increasingly being used to stifle the work of human rights defenders, journalists and other critics in IIOJK and other parts of India. UN rights body has demanded amendment in the law to bring it in line with the international human rights law and standards. The arrest of Parvez – recipient of 2006 Reebok Human Rights Award has been widely criticized by rights groups around the globe including Amnesty International.  World Organization Against Torture (OMCT), is “deeply concerned about the high risk of torture while in custody.” 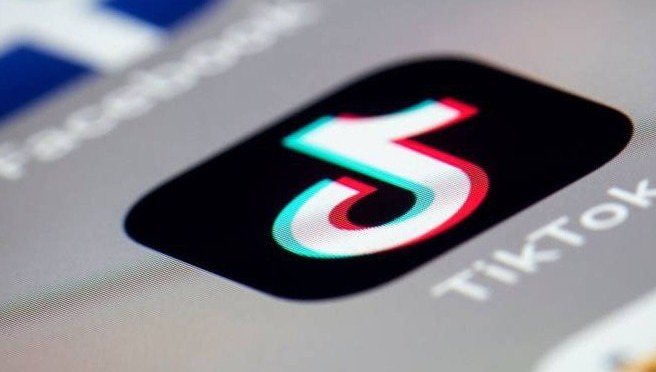 Major US internet companies including Facebook, Micro­soft, Google, Twitter and Zoom have all announced they have suspended the processing of requests for user data from the Hong Kong authorities while they study the new law.

The US companies’ social media platforms are generally banned in China, where access is blocked by Beijing’s “great firewall”. Most have operated freely in Hong Kong, but will now have to determine how to comply with new rules for the city, which rights groups say threaten freedoms enjoyed for decades.

Facebook, which also owns WhatsApp and Instagram, said in a statement on Monday it was pausing reviews of user data requests for all of its services “pending further assessment of the National Security Law.

Google and Twitter said they had suspended their reviews of data requests from Hong Kong authorities immediately after the law went into effect last week. Zoom and Microsoft’s LinkedIn issued similar statements on Tuesday.

Apple said it does not receive requests for user content directly from Hong Kong, but requires authorities there to submit requests through the US department of justice under a legal assistance treaty.

“We’re assessing the new law, which went into effect less than a week ago, and we have not received any content requests since the law went into effect,” Apple said in a statement.

Tuesday’s announcement by TikTok of its plan to quit Hong Kong is notable because the short-form video app is owned by a Chinese company but operates only outside of mainland China. Its parent company, ByteDance, runs a separate, similar service inside China, while saying TikTok is intended to appeal to users worldwide. Its exit means Hong Kong users, like those in mainland China, will now be cut off from the global version.

US Secretary of State Mike Pompeo said on Monday Washington was considering banning TikTok in the United States. Asked if Americans should download it, he told Fox News: “Only if you want your private information in the hands of the Chinese Communist Party.” A source familiar with TikTok’s decision to exit Hong Kong said the city was a small, loss making market for the platform.

China’s parliament passed the national security legislation last week, setting the stage for the most radical changes to the former British colony’s way of life since it returned to Chinese rule 23 years ago.

Hong Kong late on Monday published more details about how the new law will strengthen police powers over the internet, including the ability to ask publishers to remove information deemed a threat to national security.

Asked about the moves by the US tech firms, Hong Kong Chief Executive Carrie Lam told a news conference on Tuesday: “Ultimately, time and facts will tell that this law will not undermine human rights and freedoms.”.