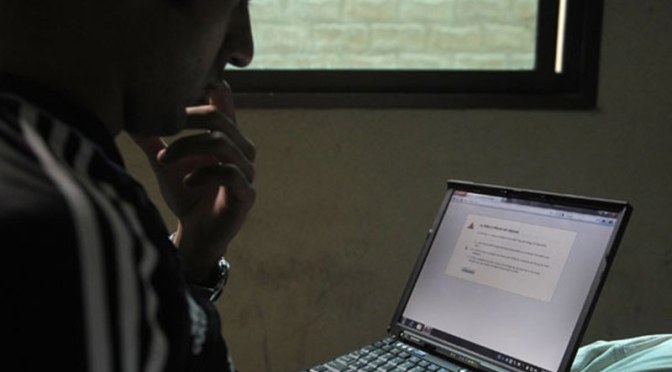 ISLAMABAD: For those who have been able to access YouTube in the last a few days, the joy is short-lived. 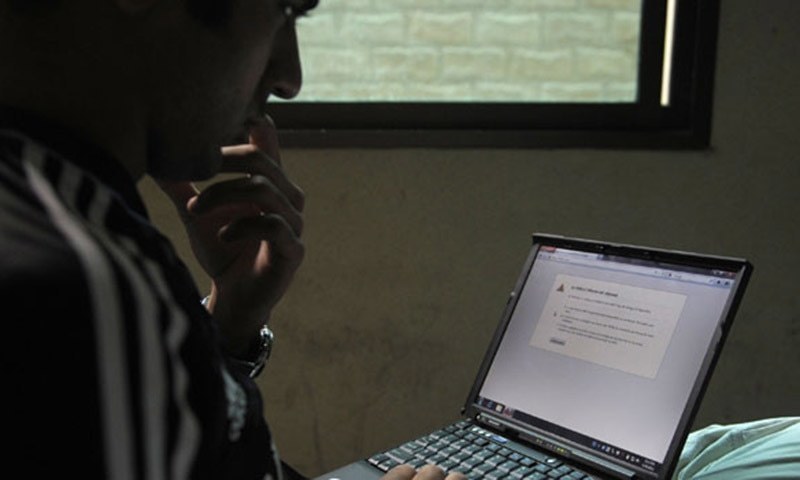 “The reason why YouTube was accessible in certain parts of the country was because of a technical fault which will be fixed,” said Minister of State for Information Technology Anusha Rehman on Friday.

The rumours that YouTube was accessible in certain parts of the country during the last a few days are true. According to a senior official in the Pakistan Telecommunication Authority (PTA), YouTube became accessible through certain Internet Service Providers (ISPs) due to a technical fault.

“The news of unblocking YouTube will be announced officially, not done quietly,” said the official.

The minister stated that the YouTube issue was being addressed in the cyber crime bill which she hoped would be approved by the government in about two months.

holding it responsible for any blasphemous or anti-state content posted online by individuals/users.

“We saw how a blasphemous content was shown in France and its fallout was seen in the streets of Pakistan. No government will take the responsibility upon itself to unblock YouTube until a concrete solution is found to deal with objectionable content on internet,” she said.

“It was too good to be true but I still immediately switched on my laptop but an error window showed on the screen instead of YouTube,” said medical practitioner Hyra Farooq, who then started calling friends to confirm if the news was correct.

The video sharing website has been banned in Pakistan since September 2012 after the search engine giant refused to take down a blasphemous film triggered protests around the world and in Pakistan.

As the ban on YouTube enters into the third year, internet users in Pakistan continue to access it through alternate channels. 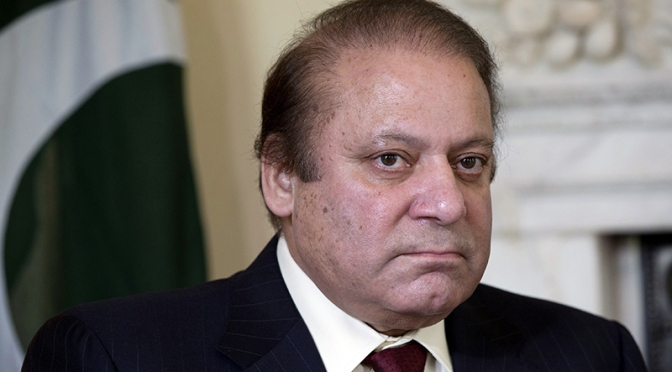 ISLAMABAD: In an attempt to pave the way for government`s plan to pass a constitutional amendment for an open ballot in the upcoming Senate elections, Prime Minister Nawaz Sharif on Friday failed to convince the leadership of Pakistan People’s Party (PPP) and Jamiat Ulema-e-Islam Fazal (JUI-F). 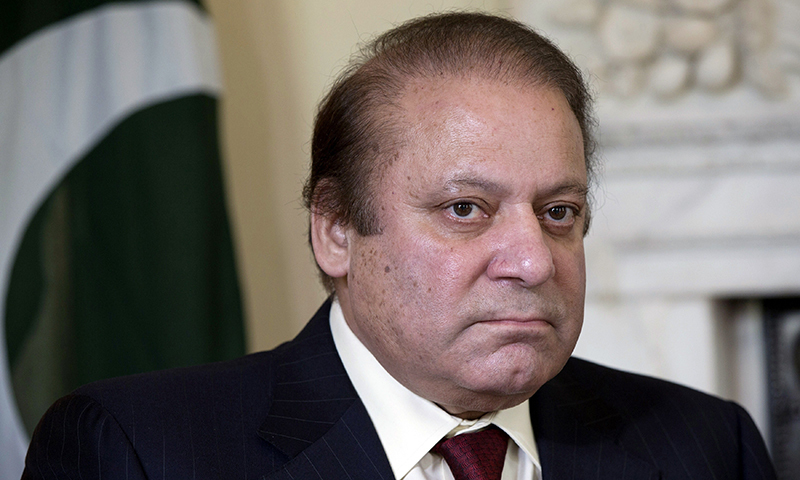 A senior member of the ruling PML-N told Dawn.com that representatives of the MQM, PTI, JI, and Fata welcomed the government’s move, but the leadership of the PPP and JUI-F expressed concern regarding the govt’s move to bring a 22nd constitutional amendment in the upcoming session of Parliament.

The PML-N member said senior PPP and the JUI-F leaders asked the ruling party to activate the electoral reforms committee for comprehensive electoral reforms, instead of changes in the Constitution for the Senate elections.

The ruling party member said the PM has asked PPP and JUI-F parliamentary leaders to rethink about the amendment until tomorrow, as it was necessary to stop horse-trading in the upcoming polls.

It is important to mention here that the PML-N requires the unconditional support of the PPP for a two-thirds majority vote in the Senate as the party holds a majority in the Upper House.

The prime minister will also meet parliamentary leaders on Saturday to discuss the constitutional amendment for an open ballot.

Speaking to the media after meeting with the premier, former PM Raja Pervez Ashraf said his party leadership believes that the govt should take all the political leadership on board before any constitutional amendment.

“We are against any kind of rigging and horse-trading in the elections, but it is important for the government to build a consensus before introducing any constitutional amendment in Parliament,” Ashraf said.

He also stated that the PPP leadership demands electoral reforms for transparent elections in future.

Meanwhile, JUI-F Chief Maulana Fazalur Rehman said political parties should take action against members who cast their votes for other parties in the Senate elections, and that the constitutional amendment would make the loyalty of party members doubtful.

JI Parliamentary Leader Sahibzada Tariqullah and Federal Minister for Textile, Abbas Khan Afridi said that they will support the govt’s move in this regard.

The govt has drafted an amendment bill to bring crucial to the Constitution in a bid to hold the upcoming elections to 52 Senate seats in a manner that will end the ‘undemocratic practice of horse-trading’.

Three new amendments are being considered to allow changes in existing procedures and rules for conducting election for senate seats. The proposed act will be called the Constitution (22nd Amendment) Act, 2015.

The draft suggests that elections to the Senate will be held through open voting instead of the secret ballot that is currently in vogue. 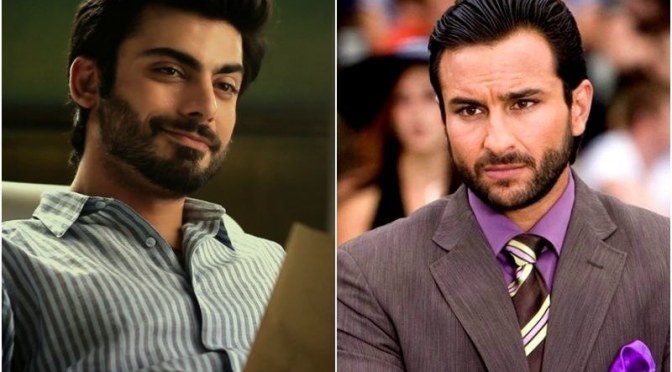 Seems like Pakistani actor Fawad Khan will be heading over to Bollywood once again, as rumour has it that the heartthrob has signed on to do Reema Kagti’s Mr.Chaloo next,according to Times of India. 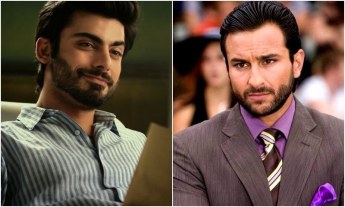 After Saif Ali Khan had to leave the project due to remuneration issues, the filmmakers started to search for a suitable boy to play the role of a scheming and manipulative womaniser. Initially, they had approached Shahid Kapoor but as he was tied up with Abhishek Chaubey’s drug drama, Udta Punjab, he could not get involved with the project either.

Now, the rumor mill is buzzing as reports seem to suggest that the makers have finally chosen Khoobsurat actor, Fawad Khan for the part.

Mumbai Mirror reports that a source close to the development shared that the deal with Fawad was finalized when he had been in Indian for the Filmfare Awards, where he picked up the accolade for Best Debut.Reema, along with Farhan Akhtar and Ritesh Sidhwani, are convinced that Fawad will do a good job fulfilling the character of a smooth ladies man who cons women out of money using his charm.

For him too, it’ll be a welcome change from the quintessential stiff upper-lip royal that he essayed in his first film,” the source added.Previously, Queen actress, Kangana Ranaut, had been roped in to play the female lead but she has also left the project to pair up with Saif in Sujoy Ghosh’s adaptation of the Japanese novel, ‘The Devotion of Suspect X.’

The source also said: “After Kangana’s exit, Reema has substantially changed the script. The film has strong roles for both protagonists and a leading lady is likely to be finalised in a week’s time.”

Mr. Chaloo goes on the floors in August. The film also stars Richa Chadda and Pooja Bhatt in significant roles.

RAWALPINDI: With another spell of snowfall predicted in Murree, a comprehensive plan has been chalked out by traffic police for the convenience of those whose access to the hill station had been restricted, following the tragic death of 22 tourists in a blizzard last week. Drivers with valid licenses will be allowed to travel to … END_OF_DOCUMENT_TOKEN_TO_BE_REPLACED

NEW DELHI: Indian media bodies have deplored the forcible takeover of the Kashmir Press Club in Srinagar by a group of journalists who raided the precincts on Saturday under the watch of armed police — a month before fresh elections are due to be held there on Feb 15. The takeover, described by media spokespersons … END_OF_DOCUMENT_TOKEN_TO_BE_REPLACED

PARIS, Jan 13 (Reuters) – Tens of thousands of French teachers angry with the government’s COVID-19 rules walked off the job on Thursday and took to the streets to demand better protection for pupils and staff against infection. “Stop your contempt,” and “We’re fed up with tests” teachers proclaimed on banners in rallies across France, … END_OF_DOCUMENT_TOKEN_TO_BE_REPLACED