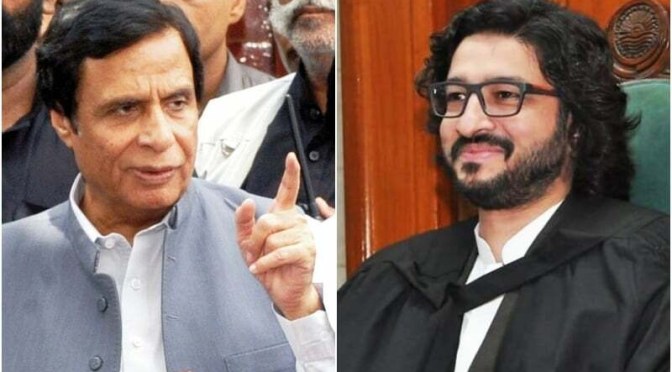 The much-anticipated session of the Punjab Assembly (PA) with a no-confidence motion — filed by PTI and PML-Q MPAs against Deputy Speaker Dost Muhammad Mazari — on the agenda was adjourned till 11:30am on May 16 (Monday) without tabling of the resolution.

“In exercise of the powers vested in me under rule 25(b) of the Rules of Procedure of the Provincial Assembly of Punjab, 1997, I, Parvez Elahi, Speaker, Provincial Assembly of Punjab, hereby order that the next sitting of the 40th Session of Punjab Assembly will now be held on Monday, 16th May 2022 at 11:30am in Assembly Chambers, Lahore, instead of Thursday, 28th April 2022 at 11:30am,” a notification, available with Dawn.com, issued by the speaker said.

The voting today was to be held through a secret ballot amid strict security arrangements. No MPA had been allowed to bring his/her mobile phone into the House. Women lawmakers had been barred from carrying their handbags on the floor, besides guests had also not been allowed to witness Thursday’s session.

On the other hand, PML-N parliamentary and PTI dissident lawmakers earlier held a joint meeting to chalk out a strategy for Thursday’s PA session. Of the 197 votes Hamza polled to become the CM, 26 were from the PTI’s dissidents belonging to the Tareen, Aleem and Asad Khokhar groups.

“The PML-N, PPP and PTI’s dissident lawmakers have decided to support Mazari to foil the resolution against him,” a PML-N MPA told Media after the meeting.

Security at the assembly ahead of today’s meeting was beefed up after the PA session on April 16 witnessed unprecedented violence allegedly leaving many injured, including Speaker Elahi and PTI MPA Asia Amjad. The House, however, ended up electing Hamza Shehbaz, leader of the opposition in the House and the son of Prime Minister Shehbaz Sharif, as the chief minister amid a boycott by PTI and PML-Q lawmakers.

Mazari, who was allegedly roped in on his side by Hamza ahead of the election, had initiated the assembly proceedings from a guest lobby in the hall over a megaphone and read out the agenda and rules for the election of the chief minister. Police and anti-riot forces had taken positions inside the House, while women MPAs sat over the speaker’s dais and chanted slogans.

Elahi had claimed that all the powers delegated to the deputy speaker were void as soon as the Punjab Assembly session ended on April 16.

PA Secretary Muhammad Khan Bhatti said the deputy speaker called the deputy commissioner and the operations deputy inspector general of police, who summoned a heavy contingent of law enforcers despite the fact that only the sergeants-at-arms had the powers to step on the floor of the House.

“Mazari conducted the election process from the Officers’ Box with a megaphone, which was contrary to the assembly rules and procedures,” he maintained.

No trust submitted against Mazari

The no-trust motion against Mazari was submitted on April 7 by PTI MPAs Basharat Raja, Ahmad Khan, Sibtain Khan and Murad Raas under clause 7(c) of Article 53 of the Constitution read with Article 127 and under Rule 12 of the Rules of the Procedure of the Punjab Assembly.

The movement against him started during the Punjab CM elections during which Mazari was handed over the responsibilities of the speaker as Elahi was contesting in the elections.

On April 3, the deputy speaker had adjourned the voting for the chief minister for three days because of a ruckus between the opposition and government lawmakers inside the assembly. Later, he issued another notification, delaying the session further to April 16.

However, in a late night development on April 5, Mazari superseded his earlier order and summoned the assembly to meet at 7:30pm on April 6 — a development that was denied by a spokesperson for the provincial assembly and the PML-Q.

Mazari’s sudden change of heart to hold the session earlier than April 16 was termed the ‘handiwork’ of the PML-N leadership that allegedly wooed him through a ‘good offer’.

Subsequently, Elahi used his authority as the Punjab Assembly speaker and ordered “withdrawal of powers delegated to the deputy speaker in terms of Rule 25 of the Rules ibid with immediate effect”.

Shortly after, the PML-Q and PTI provincial lawmakers submitted a no-confidence motion against their own Deputy Speaker Mazari to snatch his powers to preside over a session and demanded his removal.