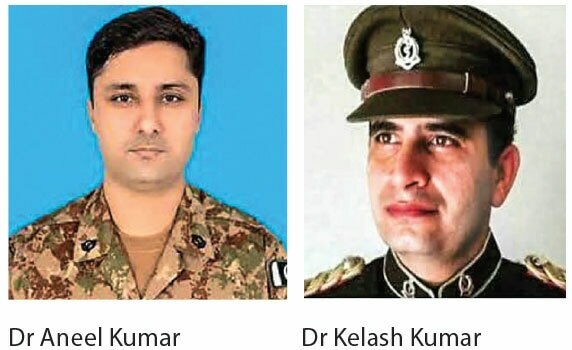 KARACHI: For the first time in the country’s history, the Pakistan Army has promoted two officers belonging to the Hindu community in Sindh to the rank of lieutenant colonel on Friday..

Born in 1981, Major Dr. Kelash Kumar hails from the Tharparkar district. He got commission in the army in 2008.

The Pakistan Hindu Council (PHC) has expressed its pleasure over the officers’ promotion to the rank of lieutenant colonel. PHC patron-in-chief MNA Dr. Ramesh Kumar Vankwani has tweeted his heartiest congratulations to them.

One thought on “In a first, two Hindus rise to Lt-Colonel rank”