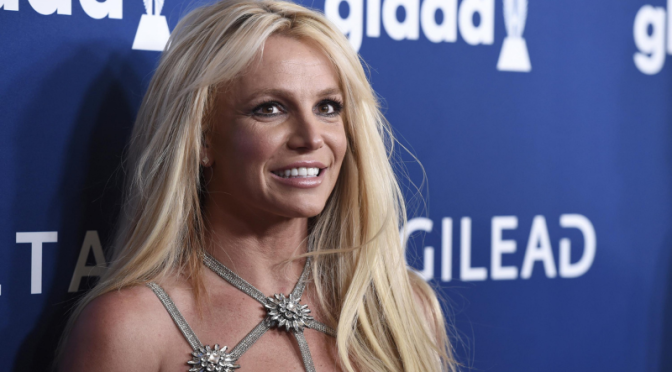 After nearly a 14-year long conservatorship, American pop star Britney Spears has finally decided to take the reins and tell the story from her point of view. Signing a book deal worth $15 million, she plans to pen out her life’s experiences in a tell-all memoir.

Publishing house Simon & Schuster have secured a deal with Spears for the pop star’s memoir. The book will provide Spears’ accounts of and commentary on her rise to fame, her music career, and her relationship with her family, including her time under the conservatorship that controlled her personal life, career, and finances.

Terms of the deal were not revealed, but an individual familiar with Spears told Variety the deal is “record-breaking” in nature. Page Six reported that the agreement is worth as much as $15 million and that Simon & Schuster reportedly emerged victorious after a bidding war involving multiple other publishers.

Spears is very active on Instagram, she pens long captions about her experiences and often looks back at her past to reflect and reveal what she’s been put through. She possibly hinted at her book in a post from Jan 2022 with a photo of a typewriter captioned, “Shall I start from THE BEGINNING???”

The news of the book deal has surfaced some months after the singer-songwriter was finally freed from her father’s conservatorship that controlled her life, forcing her to work when she didn’t want to and going to measures as extreme as holding her at psychiatric facilities against her will. Spears recently opened up about her experience at a facility and how she thought she had cancer because she was paralyzed from the waist down due to her ‘treatment’ for depression.

The star has fought long and hard in court for her freedom and the world has supported her, spurring the #FreeBritney movement. She has also been hesitant about returning to the music industry, calling it “scary”. “I guess it seems odd to most why I don’t even do music anymore… People have no idea the awful things they have done to me personally and after what I’ve been through, I’m scared of people and the business!” wrote Spears, who last performed publicly in October 2018.

She seems to be in a better place now and even hinted at a music project after five years, posting a video of her dancing captioned, “This is a tease of what’s to come!!!!”

Former United States President George W. Bush mistakenly described the invasion of Iraq as “brutal” and “unjustified” before correcting himself to say he meant to refer to Russia’s invasion of Ukraine. Bush made the comments in a speech during an event in Dallas on Wednesday, while he was criticising Russia’s political system. “The result is … END_OF_DOCUMENT_TOKEN_TO_BE_REPLACED

Reuters: More than 500,000 people have fled their homes in India’s northeastern state of Assam to escape heavy floods triggered by pre-monsoon rains that drowned seven, authorities said on Wednesday, as they warned the situation could worsen. One of the world’s largest rivers, the Brahmaputra, which flows into India and neighbouring Bangladesh from Tibet, burst … END_OF_DOCUMENT_TOKEN_TO_BE_REPLACED

The government began talks with the International Monetary Fund (IMF) on Wednesday over the release of crucial funds, a process slowed by concerns about the pace of economic reforms in the country. Pakistan has repeatedly sought international support for its economy, which has been hit by crippling national debt, galloping inflation and a plummeting rupee. … END_OF_DOCUMENT_TOKEN_TO_BE_REPLACED