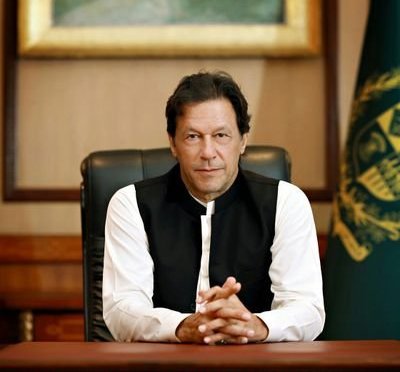 ISLAMABAD: Prime Minister Imran Khan is likely to perform the groundbreaking of 7th Avenue Interchange and rehabilitation of I.J.P Road projects on Wednesday.

Both the projects will be executed by the Frontier Works Organisation (FWO) of the Ministry of Defence, which also has another construction firm, the National Logistics Cell (NLC).

“The prime minister is going to perform the groundbreaking of both the projects on Wednesday,” said a board member of the CDA. He said the civic agency had completed arrangements for the function to be held at Pak-China Friendship Centre.

Following a recent decision of the federal government to amend procurement rules allowing government organisations to award contracts to state enterprises without floating tenders, the CDA on Friday decided to get these two projects along with the construction of the district courts executed through state organisations.

The 7th Avenue Interchange worth Rs1.5 billion will be constructed at the junction of 7th Avenue and Srinagar Highway near Aabpara.

Sources said the project falls in a sensitive area due to which the CDA decided to engage the FWO for its smooth and speedy completion.

They said the interchange will be a cloverleaf with four left and right loops at the junction of 7th Avenue, Srinagar Highway, Khayaban-i-Soharwardi and Garden Avenue.

There will be an underpass to link both the portions of Khyaban-i-Soharwardi. This project was proposed in 2008 but faced delays in the start of work.

In the absence of an interchange, motorists face traffic congestion.

Under the second project worth over Rs6 billion, the I.J.P Road will be rehabilitated besides construction of two additional rigid lanes and three flyovers.

The CDA’s Development Working Party last year had approved the PC-I which says the project will be completed in 18 months.

Before finalising the PC-1, the CDA had hired a consultant to carry out a feasibility study. The consultant suggested two additional rigid lanes and three flyovers in additional to the rehabilitation of the road.

Srinagar, October 01 : In India illegally occupied Jammu and Kashmir, Indian troops in their unabated acts of state terrorism martyred seventeen (17) Kashmiris in the last month of September. According to the data issued by the Research Section of Kashmir Media Service, today, of those martyred ten (10) Kashmiris were killed in fake encounters. … END_OF_DOCUMENT_TOKEN_TO_BE_REPLACED

Laal Singh Chaddha is the latest film to face targeted attacks from anti-Muslim, Hindu-nationalist trolls who some claim are beginning to impact box office performance In August this year, a week after the release of Laal Singh Chaddha, Bollywood’s adaptation of Forrest Gump, a Twitter account with about 280,000 followers, tweeted: ​​“#Urduwood is trending. Thanks to … END_OF_DOCUMENT_TOKEN_TO_BE_REPLACED

KARACHI: Foreign Minister Bilawal Bhutto-Zardari said on Thursday that Islamabad had so far not requested a restructuring, deferment or swap of debt owed to China in the wake of the catastrophic floods that hit the country. Insisting that whenever such a conversation takes place, it would be on Pakis­tan’s own terms, he said that he … END_OF_DOCUMENT_TOKEN_TO_BE_REPLACED No ‘debt swap’ talks with Beijing yet, says Bilawal →