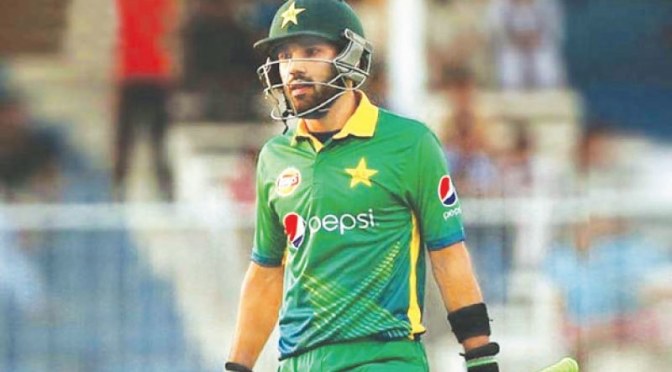 ISLAMABAD: Pakistan’s dashing wicketkeeper-batsman Mohammad Rizwan has been named among Wisden’s Five Cricketers of the Year in the 2021 edition of the Wisden Almanack.

The right-hander averaged more than 40 across three Tests for Pakistan during their 1-0 series defeat to England and was also lauded for his brilliant wicketkeeping skills during the series.

Rizwan’s was an electrifying presence behind the stumps for Pakistan, pulling off arguably the take of the summer when he caught Ben Stokes high to his left during the First Test at Old Trafford. He also averaged 40 with the bat, and was later confirmed as his country’s new vice captain across all formats.

England Test batsmen Dom Sibley and Zak Crawley, West Indies all-rounder Jason Holder and English County Kent’s all-rounder Darren Stevens were the other players in the list. The 28-year-old Rizwan is the 18th Pakistani in history to feature among cricketers of the year by the Wisden.

For the second year in a row, England’s brilliant all-rounder Ben Stokes, has been named Wisden’s leading male cricketer. Stokes notched up 767 runs at an average of 51.13 in 13 matches across all formats while also bagging 25 wickets at 18.84.

Meanwhile, Beth Mooney, who was the player of the tournament as Australia retained their Women’s T20 World Cup title 13 months ago, was crowned as the female cricketer of the year.

Wisden explained the induction of the diminutive Pakistani wicket-keeper as his reward for both his splendid work behind the stumps and his fine batting.Wisden’s Cricketers of the Year are selected for the honour by the annual publication Wisden Cricketers’ Almanack, based on their influence on the previous English season.