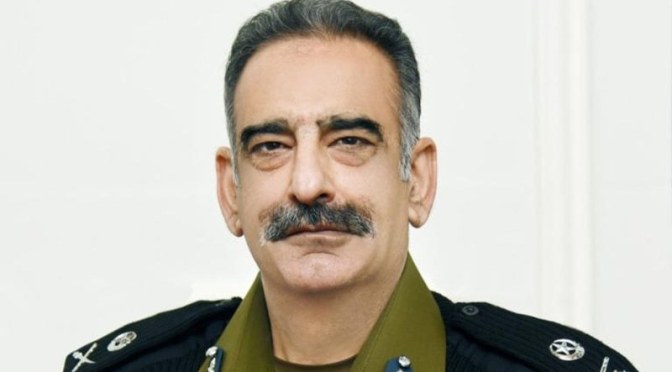 LAHORE: In a surprise move, Inspector General of Police (IGP) Shoaib Dastgir has refused to work under the Pakistan Tehreek-i-Insaf government over the recent appointment of Umar Sheikh as the Lahore capital city police officer (CCPO) without consulting him, and has asked the chief minister to transfer him to a “suitable location”.

Another reason that is said to have prompted the IGP to take this step was some comments the CCPO had allegedly passed while talking to a few police officers on his first day in office, less than a week ago.

An official privy to the development told Media that IGP Dastgir met Chief Minister Usman Buzdar on Monday and requested him for a “transfer to any other suitable place”, saying he would not continue as the provincial police chief until the removal of the CCPO.

He is also said to have skipped office on Monday and met with the chief minister in plain clothes, giving the Punjab government the message that he would not accept Mr Sheikh as the CCPO at any cost.

The official source said that the CCPO’s comments that are said to have irked the IGP were regarding the latter’s impending retirement passed while talking to a few police officers at his office.

As these words reached Mr Dastgir, he visited Islamabad on Friday and complained to Prime Minister Imran Khan, seeking transfer of the CCPO, which was turned down.

On his return to Lahore, the IGP refused to work till the transfer of the CCPO. Consequently, all scheduled meetings at the IGP office were postponed and Dastgir met the CM on Monday where he refused to continue further on the post.

Sources said Chief Minister Buzdar had recommended Mr Sheikh’s name to the prime minister for the CCPO slot. After a 45-minute interview, a federal government team sent by the PM had okayed Sheikh’s name, and the PM accorded his final approval during his visit to Lahore on Sept 3.

The IGP was allegedly not taken on board during the entire process.

Mr Dastgir did not respond to this reporter despite repeated attempts.

SRINAGAR: Indian forces killed six fighters in occupied Kashmir over the past 24 hours while the fighters shot dead a female TV performer and a police officer, officials said on Thursday, following the conviction of the region’s best-known leader. A New Delhi court on Wednesday ordered life in jail for Yasin Malik for funding “terrorist” … END_OF_DOCUMENT_TOKEN_TO_BE_REPLACED

Pakistani activist and entrepreneur Tanzila Khan has been awarded the Amal Clooney Women’s Empowerment Award winner at The Prince’s Trust Awards 2022 for her work on increasing women’s access to menstrual, pregnancy and reproductive health products. Human rights attorney Amal Clooney joined Prince Charles to present the award to her. Khan, who uses a wheelchair, … END_OF_DOCUMENT_TOKEN_TO_BE_REPLACED

Former United States President George W. Bush mistakenly described the invasion of Iraq as “brutal” and “unjustified” before correcting himself to say he meant to refer to Russia’s invasion of Ukraine. Bush made the comments in a speech during an event in Dallas on Wednesday, while he was criticising Russia’s political system. “The result is … END_OF_DOCUMENT_TOKEN_TO_BE_REPLACED