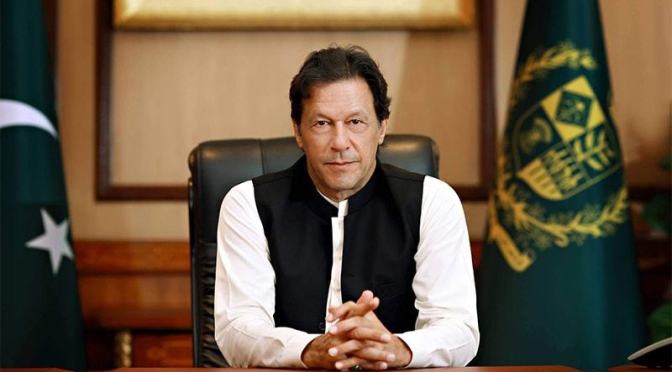 Prime Minister Imran Khan on Monday said the country’s current account balance had recorded a surplus of $424 million in July, signalling that the economy was “on the right track”.

Hailing the development in a message on Twitter, the premier noted that in July last year, Pakistan had a current account deficit (CAD) of $613 million while last month the deficit stood at $100m.

He attributed the “strong turnaround” in the current account balance to “record remittances” and “continuing recovery in exports, which rose [by] 20 per cent compared to June 2020”.

According to data released by the State Bank of Pakistan (SBP) last week, the country received record-high remittances of $2.768 billion in the first month of the new fiscal year, following the record $23bn received during the outgoing financial year.

“This ($2.768bn) is the highest-ever level of remittances in a single month in Pakistan,” SBP had said.

“More good news for Pakistan economy,” Prime Minister Imran Khan had tweeted last week. “Remittances from overseas Pakistanis reached $2768 million in July 2020, highest ever amount in one month in the history of Pakistan.”

Separately, Planning Minister Asad Umar also [lauded the current account surplus3 for July 2020 in a tweet today, recalling that the PTI government had “inherited” a deficit of $2 billion “as a legacy of PML-N”, which was in power until 2018.

“Remember the current account deficits have led to massive external debt and compromises our independence and security,” he added

Earlier this month, while quoting data released by the Finance Ministry, Media had reported that since the PTI came to power, CAD had been brought down from $20bn to $3bn while exports were up despite Covid-19 demand stagnation while cost of borrowing had been brought down due to better debt management.