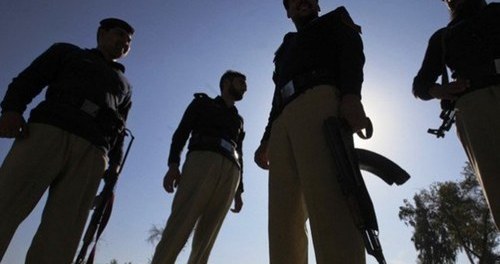 RAWALPINDI: Police investigating the murder of the eight-year-old maid have decided to conduct a polygraph test on the couple (suspects) and forensic analysis of their mobile phones to strengthen the evidence against them.

The police said besides a DNA test, a voice sample test and an analysis of the mobile phones would help them gather solid evidence against the suspects.

The CPO in a statement said a challan would be prepared against the suspects with solid evidence so that they could be brought to justice.

Besides, some videos and images have been recovered showing the couple putting the minor girl in a cage and torturing her.

On the other hand, City Police Officer (CPO) Mohammad Ahsan Younis on Monday contacted the father and grandfather of the minor girl and assured them that the police were doing their best to bring the suspects to justice.

He also told them that legal assistance and security would be provided to them.

Earlier, the couple had been handed over to the police on a four-day physical remand which was extended for three more days on Saturday.

Asad Bukhari, the legal counsel for the parents of the girl, told Dawn that the girl’s father was a labourer and could hardly afford even paying one-way fare from his home in Muzaffarghar to Rawalpindi.

“How can they arrange a car for transportation of the police investigating officer to court and other places when they have not enough money to pay the bus fare for themselves,” Mr Bukhari said.

He alleged that the police investigating officer had asked the father of the girl to put his signature on a blank paper during his visit to the police station to take over the custody of the girl’s body.

But Mr Bukhari believed that the CPO had taken the case very seriously and would help in conducting a fair investigation into the case to provide justice to the parents of the girl.