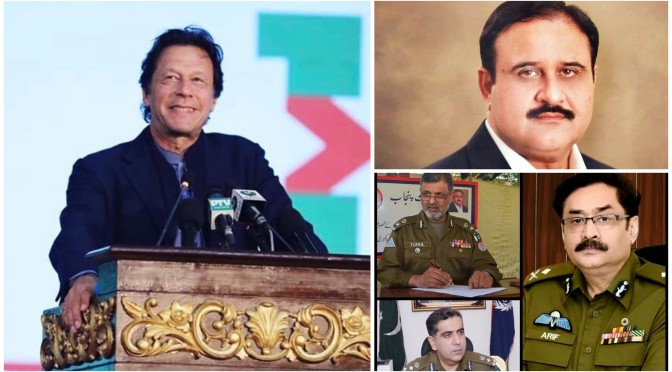 According to the details, on the directions of CPO Faisal Rana, SP Potohar Syed Ali, SHO Morgah Aizaz Azeem, SHO Westridge Tahir Rehan and other members of a police team arrested “Amri Robbers Gang” which robbed overseas Pakistanis and Rawalpindi police gained international recognition and fame for the achievement.

On the directions of City Police Officer, Deputy Inspector General of Police, Muhammad Faisal Rana, Rawalpindi police has now launched an operation against terror gangs who were considered as symbol of terror in the society and have taken into custody more than 03 dozens of criminals so far. The “operation against terror” continues with such a success that it was recurred and referred in the Cabinet meeting in Punjab, presided over by the Prime Minister of Pakistan Imran Khan. The meeting was attended by the Chief Minister Punjab, Provincial Ministers and the Inspector General of Police Punjab. The Prime Minister of Pakistan Imran Khan referred to the operation of Rawalpindi police and while appreciating asked why the operation was not launched previously, on which Provincial Law Minister Muhammad Basharat Raja told that “CPO Rawalpindi Faisal Rana is doing a great job” and citizens are satisfied over the operation against terror groups. The Prime Minister commended CPO Faisal Rana and Rawalpindi police and said that the action is imitable for the other districts.

The action of CPO Faisal Rana was again discussed in a high level meeting on the previous day, when the Chief Minister of Punjab Sardar Usman Buzdar arrived in Rawalpindi to devise strategy for the sit in of Maulana Fazl ul Rehman and it was told that the action was also discussed by the Prime Minister of Pakistan in Lahore. On the directions of CPO Faisal Rana, SHO Morgah Aziaz Azeem under the supervision of SP Potohar Syed Ali has arrested members of a terror gang who used to do aerial firing in political gatherings which also caused loss of lives and the rival & opponent political parties having different ideologies have also shown satisfaction on the arrest of the gang. The political workers expressed their views on social media that CPO Faisal Rana has saved Rawalpindi from becoming another Karachi by taking action against the terror groups and also told that the law abiding citizens of Rawalpindi are with the Rawalpindi police for the elimination of these terror gangs.

Former United States President George W. Bush mistakenly described the invasion of Iraq as “brutal” and “unjustified” before correcting himself to say he meant to refer to Russia’s invasion of Ukraine. Bush made the comments in a speech during an event in Dallas on Wednesday, while he was criticising Russia’s political system. “The result is … END_OF_DOCUMENT_TOKEN_TO_BE_REPLACED

Reuters: More than 500,000 people have fled their homes in India’s northeastern state of Assam to escape heavy floods triggered by pre-monsoon rains that drowned seven, authorities said on Wednesday, as they warned the situation could worsen. One of the world’s largest rivers, the Brahmaputra, which flows into India and neighbouring Bangladesh from Tibet, burst … END_OF_DOCUMENT_TOKEN_TO_BE_REPLACED

The government began talks with the International Monetary Fund (IMF) on Wednesday over the release of crucial funds, a process slowed by concerns about the pace of economic reforms in the country. Pakistan has repeatedly sought international support for its economy, which has been hit by crippling national debt, galloping inflation and a plummeting rupee. … END_OF_DOCUMENT_TOKEN_TO_BE_REPLACED