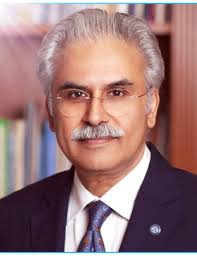 RAWALPINDI: The Special Assistant on Health Dr. Zafar Mirza on Saturday announced that long-awaited National Medicine Policy will be announced by the end of next month.

Dr. Zafar Mirza, while addressing a seminar in Rawalpindi, predicted that the pharmaceutical sector will witness revolutionary changes in the near future.

The special assistant detailed that an outline on the constitution of the country’s medicine policy had been prepared in a high-meeting which was attended by the representatives of pharmaceutical companies and other stakeholders from all four provinces.

Earlier in May, Dr. Zafar Mirza had said that the government has decided to present a new national medicines policy to regulate the pharmaceutical industry and controlling the prices of the drug.

The minister had said that the new policy is being made in consultation with all stakeholders to ensure the availability of life-saving drugs and keeping prices of all drugs in reach of a layman, a state news agency reported on May 16.

He said that the new medicines policy will also cover the aspect of rules and regulations to streamline the production of medicines and maintaining its quality as per international standards.

Dr. Mirza said that under this policy, the government will also get inputs from the stakeholders for announcing more incentives for the pharma industry in order to convince those producing standard medicines in the market.

He said that the new policy will also manage the issues related to the sale of medicines without prescription of medical practitioners and open sale of unauthorized medicines to customers.

He also revealed plans that the government decided to make Drug Regulatory Authority of Pakistan (DRAP) a model regulatory authority with the introduction of new reforms in order to facilitate the people and addressing the issues of quality and pricing of drugs.