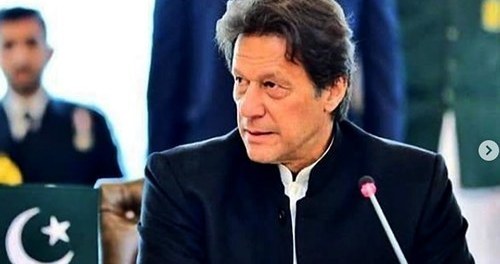 Prime Minister Imran Khan on Tuesday night ordered an investigation into an attack on a Hindu temple in Khairpur’s Kumb area, where earlier this week assailants set fire to statues and holy books before fleeing.

Khan said the Sindh government “must take swift and decisive action against the perpetrators” of the attack. “This is against the teachings of the Quran.”

Local police today are continuing their efforts to trace and arrest those involved in the attack.

No one has claimed responsibility for Monday’s attack, which was condemned by Hindus as well as local Muslims.

MNA Ramesh Kumar, Special Adviser to the Prime Minister, went to Kumb on Tuesday along with the Sukkur commissioner, Khairpur deputy commissioner and Sukkur deputy inspector general in order to visit the temple and examine the damage caused to it.

He also spoke to members of the local Hindu community and collected details of the incident.

In a statement issued by Governor House, Ismail had said such incidents were part of a conspiracy to sabotage the prevalent interfaith harmony and religious concord in the province. He said the government was making all-out efforts to ensure safety and security of minorities.