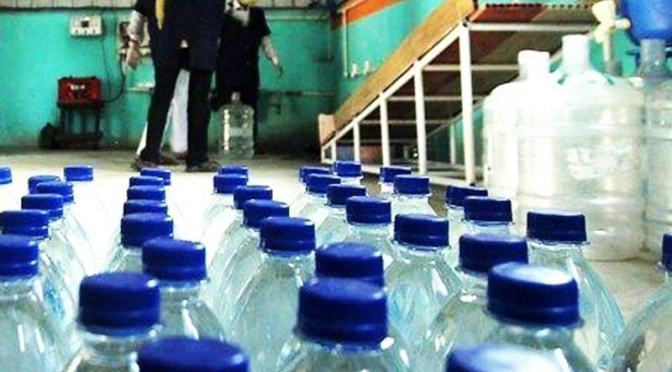 ISLAMABAD: The Supreme Court on Thursday said it did not want to see people losing jobs merely because of water conservation.

“We do not want to see unemployment because of water conservation but awareness to save precious water should be instilled into people,” observed Justice Umar Ata Bandial heading a three-judge bench.

The bench had taken up a case on a suo motu regarding selling of bottled water extracted from underground sources without any charge as well as the quality and fitness for human consumption.

The observation came when during the hearing a representative of the Metropolitan Corporation, Islam­abad, highlighted certain reservations and concern on the part of the industry about the decision of levying a cess of Re1 for every litre of water extracted from the underground sources.

Justice Bandial highlighted the need of installing water treatment plants in the industry to save water from wastage.

Prof Dr Mohammad Ahsan Siddiqui, an environmental scientist who was appointed head of a special committee on water, told the court that the body had written letters to different provincial governments, informing them about the Jan 11 apex court order of imposing Re1 per litre for extracted surface water by mineral water and beverage companies.

Other members of the special committee include representatives of the chief secretaries of the provinces, directors general of the federal and provincial environmental protection agencies, among others. It was tasked with devising a mechanism for the calculation, collection and monitoring of the recovery of the water charges of ground and surface water for all major industries consuming surface or ground water. But only the chief secretary of Punjab had responded to the letter, Dr Siddiqui regretted.

At this, the court observed that the three provincial governments should appoint some focal persons within two days to implement the court order.

“We want that all the members of the committee should work together to implement the court directive because it involves public welfare,” Justice Bandial observed.

Justice Ijaz-ul-Ahsan recalled that the Sindh government had issued a notification of imposing Rs1 per litre on water extracted from the underground sources by the mineral water companies and wondered whether the amount was being recovered or not.

Dr Siddiqui told the court that a five-star hotel in Lahore was extracting 2.4 million litres of water per day, whereas the Lahore Development Authority was not cooperating with the committee in implementing the court order. He requested the bench to issue fresh orders for the chief secretaries to cooperate with the committee.

Justice Ahsan asked the Punjab government to furnish a report suggesting how many water meters and close circuit cameras had been installed to monitor the extraction of water activity by the industries.

Earlier in its order, the Supreme Court had directed the provincial governments as well as the Islamabad Capital Territory to set up separate and distinct accounts in which all the amounts recovered by way of water charges be deposited. Such amounts will then be deposited in the Diamer-Bhasha and Mohmand Dams Fund created by the apex court.

The court had also cautioned that the funds so collected would not be diverted in any circumstances for other purpose than the construction of dams and water-related activities.

KARACHI: The country’s fiscal deficit is likely to reach six per cent of GDP during this fiscal year as the government has failed to introduce measures to curb expenditure and increase revenues in the supplementary finance bill announced last week, noted Moody’s on Thursday.

The mini-budget will foster exports and support the country’s manufacturing sector but ignored spending cuts or measures to increase revenues eroding government’s ability to meet the deficit target of 5.1pc, added the note.

The financial services company expects the fiscal deficit to widen to 6pc as the revenue is expected to remain below earlier projections given placid economic growth and new incentives to boost revenues before narrowing to 5pc of the GDP by FY21.

The report noted that on the expenditure front, major challenge was the steep rise in debt servicing payments.

Moody’s commented that barring exports, the country’s external sector has shown marked improvement during the last few months visible in 10pc increase in remittances and 3pc slowdown in imports.

Pakistan’s current account deficit dropped 4.4pc year-on-year during 1HFY19 to $8bn driven by a sharp decline in import of goods and services. Moreover, non-oil imports saw a contraction of 4.4pc during the period under review as against an increase of 19.1pc last year.

The government has received $12bn — $6bn each from the Saudi Arabia and the UAE — which is likely to provide for its net financing needs during 2019. However, the government is also negotiating a programme with the International Monetary Fund in addition to discussions with other multilateral lenders including the Asian Development Bank, Inter­national Bank for Recons­truction and Development and the Islamic Development Bank to improve its external position.

Filmmaker Nadav Lapid, head of the jury at the International Film Festival of India (IFFI), slammed the controversial film The Kashmir Files – an official entry at the event – calling it a “propaganda, vulgar movie, inappropriate for an artistic competitive section of such a prestigious film festival”. The controversial Kashmir Files, laced heavily with the anti-Muslim sentiment, … END_OF_DOCUMENT_TOKEN_TO_BE_REPLACED

The Inter-Services Public Relations (ISPR) on Thursday denounced a top Indian military official’s statement about taking control of parts of Azad Kashmir as an “apt manifestation” of the Indian army’s “delusional mindset”. “The unwarranted statement of a high-ranking Indian army officer concerning Azad Jammu and Kashmir is an apt manifestation of Indian armed forces’ delusional … END_OF_DOCUMENT_TOKEN_TO_BE_REPLACED

After weeks of intense speculation and rumours, Prime Minister Shehbaz Sharif on Thursday chose Lt Gen Asim Munir as the new chief of army staff (COAS). Information Minister Marriyum Aurangzeb made the announcement on Twitter, saying the premier had made the choice while exercising his constitutional authority. She further said that Lt Gen Sahir Shamshad … END_OF_DOCUMENT_TOKEN_TO_BE_REPLACED