The BCCI congratulated the team and announced a bonus of $21,400 per match for each player while the reserves will get $10,700 per match.

That means that Kohli and others who took part in all four Tests will get more than $85,000, doubling their match fees.

Coach Ravi Shastri and his assistants will get $35,650 each.

Meanwhile, Kohli and his team adorned the front pages of the leading local newspapers as India celebrated the end of a 71-year wait for a first Test series victory in Australia.

The Times of India saluted the “Wizards of Oz” on its front page and said on its sports page: “Fittingly, the historic moment came in Sydney where Virat Kohli took over as Indian skipper three years ago.” Writing in the newspaper, VVS Laxman, who also enjoyed a great deal of success against Australia in his playing days, said man-of-the-series Cheteshwar Pujara was the difference between the two sides.

“In Pujara’s ability to make a good thing count and tire out the opposition bowling is a massive lesson for youngsters,” he wrote.

In the Hindustan Times, former Australia captain Ian Chappell predicted India would “apply a stranglehold to the number one ranking”.

While celebrating the “Sweet Taste of History”, the daily also pointed out that India had yet to win a test series in South Africa and said it was “the next frontier”. 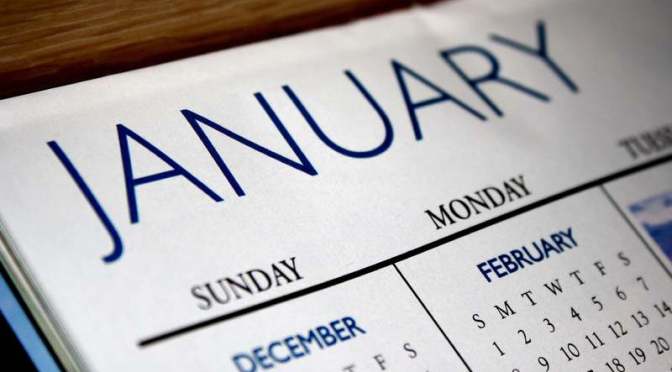 The Ministry of Interior has released a list of public holidays to fall in 2019. The notification from the ministry clarifies that Muslim festivals will be subject to change according to the sighting of the moon. In case of a change in the dates for such holidays, a separate notification will be issued.

The following dates will be considered bank holidays. However, while banks will remain shut to the public on these days, employees will have to report to work as usual.

Chief Justice of Pakistan Mian Saqib Nisar on Wednesday made it clear that the Supreme Court will not allow Indian content to be shown on Pakistani TV channels as it “damages our culture”.

A three-member SC bench, under the chief justice’s stewardship, was hearing an appeal filed by the Pakistan Electronic Media Regulatory Authority (Pemra) against high courts’ decision to ban the broadcast of Indian content on TV channels in Pakistan.

Pemra’s counsel Zafar Iqbal Kalanauri apprised the SC bench that foreign content had been banned on court orders before a high court issued a stay order against it.

Pemra Chairman Saleem Baig told the court that 65 per cent of the content shown on Filmazia channel is foreign and that the number at times goes as high as 80 per cent.

At this, the chief justice remarked that “we will not allow Indian content to be aired on [Pakistani] channels”.

Pemra counsel explained to the chief justice that “Filmazia is not a news channel but is an entertainment channel; it does not do any propaganda.”

“It is, however, damaging our culture,” the top judge countered.

The chief justice observed that the Pakistan Broadcasters Association’s counsel, Faisal Siddiqui was not in attendance. “We cannot pass a judgement without hearing him,” he said.

Subsequently, the hearing was adjourned till the first week of February.

In 2016, Pemra had imposed a complete ban on airing Indian content on local television and FM radio channels.

The decision was largely seen as a tit-for-tat move after similar actions were taken by some channels and the entertainment industry in India against Pakistani content and artists.

In 2017, the Lahore High Court had lifted the Pemra-imposed ban, declaring it null and void as the federal government had no objections regarding the same.

In October 2018, the Supreme Court had reinstated the ban on the transmission of Indian content on local television channels, setting aside the LHC orders.

ISLAMABAD: Amid a 24 per cent shortfall in cotton production this year, Finance Minister Asad Umar gave vent to his irritation over repeated presentation of half-baked ideas before the Economic Coordination Committee (ECC) of the cabinet and returned issues of duty-free import of cotton and revival of Pakistan Steel Mills (PSM) to relevant ministries.

The ECC meeting had been called on Tuesday with only one item on the agenda — tax and duty-free import of cotton — and took up a presentation on PSM revival from Hubco as an additional item, but the presentation did not satisfy the finance minister who presided over the session.

A source present in the meeting said the finance minister was visibly irritated when bureaucrats making the presentation were unable to answer elementary questions. They were asked to specify the benefit to Pakistan’s economy of allowing duty-free import of cotton, as well as quantify the revenue loss as a result of the measure. The bureaucrats from the textile ministry failed to satisfy him, to which he is said to have retorted “what kind of a joke is this, you people don’t come prepared even though there is a single agenda item!”

An official handout issued after the meeting said that “[t]he committee noted that detailed trade and revenue related data was required, which was not made part of the proposal,” and added that “relevant ministries were directed to fill the data gaps so that an informed decision could be taken in the matter”.

Mr Umar noted that when a ministry was seeking a major decision, it should have also included in its summary as to what would be the impact of imported cotton on the textile industry and how its duty-free import would affect the revenue stream of the Federal Board of Revenue, an official said.

The meeting was informed that the Cotton Crop Assessment Committee in its last meeting in September estimated that the cotton crop for 2018-19 would be around 10.78 million bales of 170kg, showing a decrease of 9.7pc, compared to the last year, and a decrease of 24pc against the initially fixed target of 14.37m bales. Further, 9.62m bales had already arrived in ginning factories as of Dec 15 and almost 95pc of the cotton had been lifted from farmers.

The textile division reported that Pakistan had been a net cotton importer since 2001. On top, domestic cotton is of short to medium staple length and, therefore, long and extra long staple cotton has to be imported for production of finer yarn counts for subsequent transformation into high value-added finished products.

Prime Minister’s Package of Incentives for Exports announced on January 10, 2017, provided a number of facilitations to the textile sector, including withdrawal of customs duty and sales tax on imported cotton with effect from January 16, 2017.

However, the Finance Division later moved a summary to the ECC to re-impose the customs duty and sales tax on imported cotton. The ECC constituted a committee and on the recommendation of the committee duties were re-imposed from July 15, 2017, in view of domestic cotton arrival.

It was reported that textile industry consumed around 12m to 15m bales per annum and sustainability and viability of spinning industry was totally dependent on performance of the domestic crop. Textile industry had to meet this shortage from import of cotton from other countries.

The impact of duties are induced in the price of domestic cotton, resulting in increase in cost of doing business for the entire textiles value chain, especially for the export-oriented sector, in highly competitive international markets. Therefore, the textile division proposed that similar to last two years decision, customs duty, additional customs duty and sales tax on imported cotton may be withdrawn immediately.

Sources said a brief presentation by chief executive officer of Hub Power Company Khalid Mansoor did not offer conclusive solutions, but some initial observations and desired that the expert group he was leading should be given time until the end of March to come up with proposals about the future of PSM.

The committee noted the Cabinet Committee on Privatisation had removed the PSM from the privatisation list on October 31 and the expert group given 45 days to finalise a revival plan for the country’s largest industrial unit. The timeline had expired last month and now a 3-month extension was being sought.

It was also reported that the board of directors had not yet approved the appointment of Mr Mansoor-led expert group or allowed sharing of record and data despite instructions from the government on December 1, 2018. The board had thrice cancelled its meeting since then.

Mr Mansoor, who has previously worked with Finance Minister Umar in Engro Corporation, was asked to complete its task at the earliest.

A statement said the ministry of industries shared progress on the action plan with the meeting. “The committee directed that the plan of action should be prepared in a cohesive manner, taking on board the PSM Board of Directors/Management and submitted for final approval as per the given timelines.

January 26 was the Republic Day of India۔Celebrated in the northeastern states of India as “Black Day”.Social, liberation and militant movements in India’s northeastern states went on a wheel-jam / shutter-down strike. Routine life became paralyzed and the majority of people preferred to stay at home instead of attending events. These movements (Nagaland Army, ULFA-I, … END_OF_DOCUMENT_TOKEN_TO_BE_REPLACED

OSLO: On their first visit to Europe since returning to power, the Taliban held landmark talks with Western diplomats in Oslo on Monday over the humanitarian crisis in Afghanistan, a meeting the Islamist regime’s delegation called an “achievement in itself”. The international community has however insisted the Taliban must respect human rights before aid can … END_OF_DOCUMENT_TOKEN_TO_BE_REPLACED

Srijan Upadhyay supplied fried snacks to small eateries and roadside stalls in the poor eastern Indian state of Bihar before Covid-19 lockdowns forced most of his customers to close down, many without paying what they owed him. With his business crippled, the 31-year-old IT undergraduate this month travelled to Rajpura town in Punjab state to … END_OF_DOCUMENT_TOKEN_TO_BE_REPLACED