LAHORE: Punjab Assembly building here was the venue where Speaker Chaudhry Pervaiz Elahi hosted a reception in honor of the PFUJ delegates on Thursday (29th of November).

Noting what as soon as owners of Media houses suffer from minor losses they start down-sizing, Chaudhry Pervaiz Elahi said that institutions could not run without the workers. Asserting that Imran Khan’s government wanted to provide employment, Speaker noted that there was no justification to sack journalists.

Commenting on the previous government he said not even 50% of the budget was utilized. Wishing Chief Minister Sardar Usman Ahmad Khan Buzdar success he said they had supported Pervez Musharraf as well as Sharifs: “We are standing with Imran Khan and will support him as there is no other way to move ahead”. 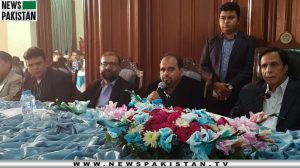 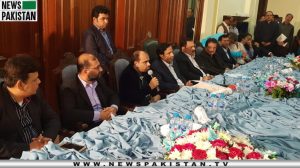 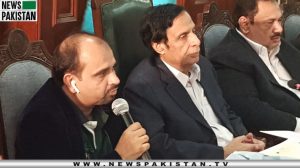 Speaking on the occasion G. M. Jamali effectively presented the case of suppressed journalists and vehemently opposed the forced dismissal of Media Workers. He asked the Speaker Punjab Assembly and other concerned authorities play their due role in resolving the issues of Media workers.