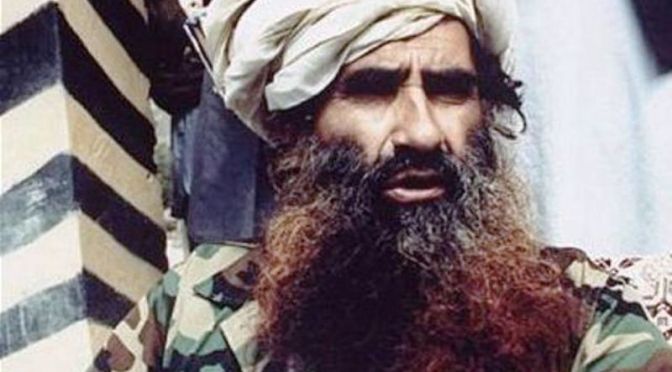 Haqqani, who had fought with Soviet troops, was reportedly ill for a long period of time.

He was a member of Quetta Shura, a terrorist organization comprising Afghan Taliban leaders, who are believed to be based in Balochistan, according to US media reports.

Mujahid further said that Haqqani was an instrumental figure in keeping the Taliban together after the death of former Afghan Taliban leader Mullah Omar.

Haqqani was closely tied to al Qaeda leaders and had played a key role in supporting the terror group in both Afghanistan and Pakistan.

Haqqani is the father of Taliban deputy emir and military commander Sirajuddin Haqqani.

SRINAGAR: Indian forces killed six fighters in occupied Kashmir over the past 24 hours while the fighters shot dead a female TV performer and a police officer, officials said on Thursday, following the conviction of the region’s best-known leader. A New Delhi court on Wednesday ordered life in jail for Yasin Malik for funding “terrorist” … END_OF_DOCUMENT_TOKEN_TO_BE_REPLACED

Pakistani activist and entrepreneur Tanzila Khan has been awarded the Amal Clooney Women’s Empowerment Award winner at The Prince’s Trust Awards 2022 for her work on increasing women’s access to menstrual, pregnancy and reproductive health products. Human rights attorney Amal Clooney joined Prince Charles to present the award to her. Khan, who uses a wheelchair, … END_OF_DOCUMENT_TOKEN_TO_BE_REPLACED

Former United States President George W. Bush mistakenly described the invasion of Iraq as “brutal” and “unjustified” before correcting himself to say he meant to refer to Russia’s invasion of Ukraine. Bush made the comments in a speech during an event in Dallas on Wednesday, while he was criticising Russia’s political system. “The result is … END_OF_DOCUMENT_TOKEN_TO_BE_REPLACED