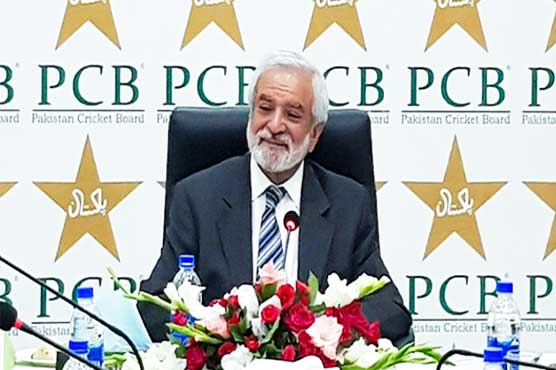 LAHORE: Ehsan Mani has been elected unopposed as the new chairman of the Pakistan Cricket Board (PCB) in the board’s election which was held at Gaddafi Stadium, Lahore on Tuesday.

Ehsan Mani, who is known for his successful term as the International Cricket Council (ICC) chairman, has replaced Najam Sethi, who resigned after Pakistan Tehreek-e-Insaf (PTI)-led government was formed after the 2018 General Elections.

Najam Sethi’s relationship with newly-elected Prime Minister Imran Khan worsened after the latter accused the former of helping the Pakistan Muslim League Nawaz (PML-N) in 2013 General Elections when he was the caretaker Chief Minister of Punjab.

Mani, who was PM Imran’s nomination for the post, faced no opposition in the elections and will serve at the helm for a three-year period.

All 11 members of the Board of Governors (BoG) took part in the process, whereas Secretary Ministry of Inter-provincial Coordination (IPC) Captain (retd) Jahanzaib Khan was present during the election process as the observer.

“We have noted this latest development,” Chinese Foreign Ministry spokesperson Zhao Lijian told a media briefing China on Thursday voiced its opposition to India’s reported plans to hold the next year’s meeting of G-20 leaders in Jammu and Kashmir, echoing close ally Pakistan’s objection, and underlined that relevant sides should avoid “unilateral moves” that may “complicate” … END_OF_DOCUMENT_TOKEN_TO_BE_REPLACED

Every year, on 26 June, UN marks the International Day in Support of Victims of Torture, reminding the world to condemn torture and show solidarity with those suffering. The continued annexation of the Kashmir valley intensified after August 2019, when India revoked the special status of Jammu and Kashmir in its constitution. Over 800,000 security … END_OF_DOCUMENT_TOKEN_TO_BE_REPLACED

June 21 (Reuters) – Dmitry Muratov, the co-winner of the 2021 Nobel Peace Prize and the editor of one of Russia’s last major independent newspapers, auctioned off his Nobel medal for a record $103.5 million to aid children displaced by the war in Ukraine. All proceeds from the auction, which coincided with the World Refugee … END_OF_DOCUMENT_TOKEN_TO_BE_REPLACED