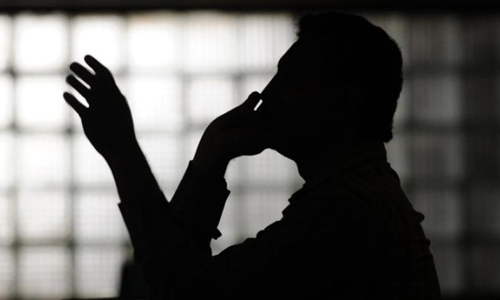 LAHORE: The Punjab cabinet has finally approved the witness protection bill, providing measures that would prevent elimination, intimidation or winning over of witnesses and help ensure conviction of criminals and terrorists.

“The draft has been finalised and we are going to table it in the assembly,” said a senior Punjab government official on Sunday.

Witnesses are considered important for convictions in criminal and even terrorism cases in Pakistan as scientific evidence is merely taken as an expert opinion. But witnesses are often killed, browbeaten or bought because of lack of any protection for them from the state.

Official sources said the cabinet had finally approved the draft bill which was likely to be tabled in the current session of the Punjab Assembly for approval.

The bill was drafted by the home department last year but could not be finalised because of a different opinion by the law department that sent it to the advocate general for an independent view.

According to a copy of the finalised draft of the Punjab Witness Protection Act, 2018, there will be two witness protection units — one for offences of terrorism and another for serious offences.

The units will be supervised by a provincial-level board to be established under the home secretary. The board’s members will include finance and public prosecution secretaries, prosecutor general, additional IGs of counterterrorism department, special branch and investigations. It will also frame policy guidelines for witness protection.

The draft law allows a victim or a witness or any other person connected with criminal proceedings and those related to them to apply for protection. In response, the counterterrorism department, the public prosecutor or the court trying an offence of terrorism or of a serious nature may direct the unit concerned to assess the risk of any such person concerned with the criminal proceedings.

The non-court protection the unit will offer by its own or on the directive of the government includes close protection service, lodging in a safe house, temporary or permanent relocation at a safe place, change of identity, concealment of identity of the persons involved in the criminal proceedings and financial assistance.

Such protection will be free of cost and all departments, agencies or offices will cooperate with the unit for the purpose.

The court will give protection to a witness if he or she is fearful, under stress, is intimidated or dreads any harm to him, his family or property if he gives evidence, is disabled, under 16 years of age, and the victim of a sexual offence.

The court, while ordering protection, will also consider personal circumstances of the witness, including his or her opinion and belief, behaviour of the accused, his family or associates or any other persons towards him, the nature and circumstances of the offence and the report of the unit with regard to the gravity of the threat to the witness.

The unit or the court will also take special measures for the protection of a witness, including ensuring he or she is not seen while coming to the court, recording evidence in the court or leaving it, and recording of the evidence through video link.

The government will also be able to order jail trial of a case if a normal court house is not found safe for it.

The draft law allows a court to conduct in-camera proceedings of specific cases to ensure protection of witnesses. But this will not be done if the court decides that the cross-examination by the accused in person is likely to affect the voluntariness or quality of the evidence.

It empowers courts to disallow a question to the victim of a sexual offence relating to any sexual behaviour of the victim on any previous occasion with the accused or any other person, unless such a question is a relevant fact in the case.

The draft law also empowers courts to prohibit, reporting of the identity of a person connected with an offence of terrorism or a sexual offence or the identity of the members of his family in print, electronic or other media if he or she is under 18 years of age, and if the quality of the evidence of the person concerned will be diminished with the reporting.

The court, by its own or through an application, will order the preservation of the anonymity of the witness or of any person relating to the evidence of the witness. But this will be done only if the court is satisfied that under no circumstances the order will prevent the accused from receiving a fair trial.

The related measures will include withholding names, addresses, and identification details, allowing pseudonyms, disallowing during the trial questions that may reveal the identity of the witness.

Reporting in media the identity of such persons or violating their anonymity despite court orders would be an offence carrying up to three-year but not less than 30-day imprisonment, with up to Rs100,000 fine.