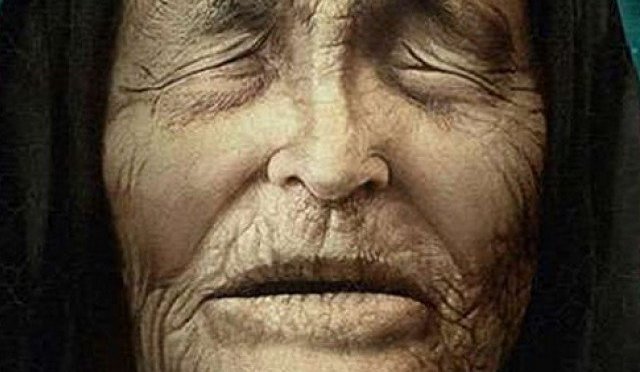 London: A blind mystic who is said to have predicted the 9/11 attacks, the Boxing Day tsunami and Brexit is also believed to have forecast two significant events in 2018, British media reported on Tuesday.

According to MailOnline report, Baba Vanga, who died in 1996 aged 85, claimed to have supernatural abilities which allowed her to foresee natural disasters and other major events, .

Supernaturalists say that before her death Baba predicted the future all the way up to the 51st century — when she said the world will end.

The mystic, who was dubbed the “Nostradamus from the Balkans”, reportedly foresaw that in 2018 China will overtake the US to become the world’s next “superpower”.

She also claimed that “a new form of energy” will be discovered on Venus.

Believers claim there may be some truth in her upcoming predictions.

In 1970 China produced just 4.1 per cent of the world’s total economy.

This saw a meteoric rise to 15.6 per cent in 2015 and its contribution continues to increase.

There are currently no plans to send a mission to Venus — meaning discovering a new source of energy next year is probably out of the question.

The Parker Solar Probe is scheduled to launch next year but won’t land on Venus, although it will use its gravitational pull to pass around the Sun and study the star.

She said: “Horror, horror! The American brethren will fall after being attacked by the steel birds. The wolves will be howling in a bush, and innocent blood will be gushing.”

Former United States President George W. Bush mistakenly described the invasion of Iraq as “brutal” and “unjustified” before correcting himself to say he meant to refer to Russia’s invasion of Ukraine. Bush made the comments in a speech during an event in Dallas on Wednesday, while he was criticising Russia’s political system. “The result is … END_OF_DOCUMENT_TOKEN_TO_BE_REPLACED

Reuters: More than 500,000 people have fled their homes in India’s northeastern state of Assam to escape heavy floods triggered by pre-monsoon rains that drowned seven, authorities said on Wednesday, as they warned the situation could worsen. One of the world’s largest rivers, the Brahmaputra, which flows into India and neighbouring Bangladesh from Tibet, burst … END_OF_DOCUMENT_TOKEN_TO_BE_REPLACED

The government began talks with the International Monetary Fund (IMF) on Wednesday over the release of crucial funds, a process slowed by concerns about the pace of economic reforms in the country. Pakistan has repeatedly sought international support for its economy, which has been hit by crippling national debt, galloping inflation and a plummeting rupee. … END_OF_DOCUMENT_TOKEN_TO_BE_REPLACED