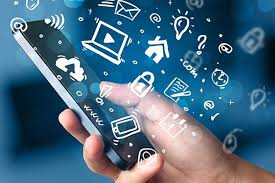 ISLAMABAD: Good news for Pakistanis mobile users as the country witnessed the highest increase in mobile internet speed among the world’s most populous countries in 2017, according to a report by speedtest.net.

In its Speedtest Global Index, the speed testing company noted that Pakistan, with a 56.2% jump in mobile download speed during the past 12 months, ranked first, followed by India in the category at 42.4% and Brazil at third spot with 27.6%.

With a 249.5% jump in mobile download speeds, Laos showed the largest improvement in the world, the report stated.

In some countries, mobile internet speed dropped during the year instead of improving.

The devastation of Puerto Rico’s mobile infrastructure by Hurricane Maria contributed to the island’s 39.8% drop in mobile download speed during the past twelve months.

According to the November edition of the Speed test Global Index, Pakistan ranked 89th in terms of mobile speed during the month, coming ahead of India and Bangladesh in the category.

The Speed test Global Index compares internet speed data from around the world on a monthly/yearly basis. Data for the Index comes from hundreds of millions of tests taken by real people using Speed test every month. It is updated every month with individual country data and global averages.