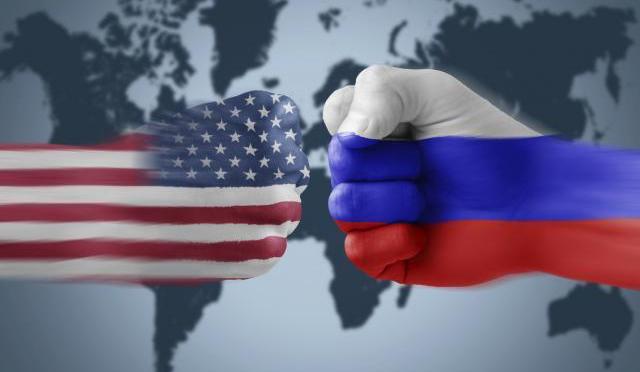 MOSCOW: The Russian Foreign Ministry has called on the United States to withdraw nuclear weapons from European territory.

The statement comes in the wake of a media report, saying that the US is planning to spend approximately $214 million on upgrading and building military structures and installations on its air bases in Eastern Europe, Norway, and Iceland as part of a “deterrence” initiative against Russia.

“Russia returned all its nuclear weapons to its national territory. We believe that the same should have been done by the American side a long time ago,” Mikhail Ulyanov, director of the Department for Nonproliferation and Arms Control at the Russian Foreign Ministry, told Sputnik.

“And they plan to modernize them in such a way that they become, according to a number of retired US military, ‘more suitable for use’ due to increased accuracy and reduction of destructive power. If it really is meant to place an additional number of nuclear warheads in Europe beyond what is available, this can only aggravate the situation,” Ulyanov said.

KARACHI: Foreign Minister Bilawal Bhutto-Zardari said on Thursday that Islamabad had so far not requested a restructuring, deferment or swap of debt owed to China in the wake of the catastrophic floods that hit the country. Insisting that whenever such a conversation takes place, it would be on Pakis­tan’s own terms, he said that he … END_OF_DOCUMENT_TOKEN_TO_BE_REPLACED No ‘debt swap’ talks with Beijing yet, says Bilawal →

The PKR was being traded at Rs229.5 per dollar at 11:30am after appreciating 1.12 percent from yesterday’s close of Rs232.12, data shared by the Forex Association of Pakistan (FAP) showed. Exchange Companies Association of Pakistan (Ecap) General Secretary Zafar Paracha said sentiments had changed mainly because of Ishaq Dar’s return as finance minister due to which the … END_OF_DOCUMENT_TOKEN_TO_BE_REPLACED PKR strengthens by Rs2.62 against dollar in interbank →

LONDON, Sept 28 (Reuters) – President Vladimir Putin’s latest warning that he is ready to use nuclear weapons to defend Russia amid the war in Ukraine has made a troubling question much more urgent: Is the former KGB spy bluffing? Putin cautioned it was no bluff, and Western politicians, diplomats and nuclear weapons experts are … END_OF_DOCUMENT_TOKEN_TO_BE_REPLACED