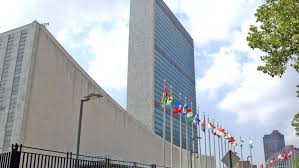 GENEVA: An independent U.N. human rights investigator said on Wednesday that he had information about an inmate being tortured at the U.S. Guantanamo Bay detention facility, despite Washington banning “enhanced interrogation techniques” almost 10 years ago.

The U.S. Department of Defense denied the allegation, saying there was no credible evidence to support it.

Nils Melzer, the U.N. special rapporteur on torture, said he had information that Ammar al-Baluchi – accused of being a co-conspirator in the 9/11 attacks on the United States – was being subjected to treatment that is banned under international law.

“His torture and ill-treatment are reported to continue,” a statement from the U.N. human rights office said, without giving details of the source of Melzer’s information.

“In addition to the long-term effects of past torture, noise and vibrations are reportedly still being used against him, resulting in constant sleep deprivation and related physical and mental disorders, for which he allegedly does not receive adequate medical attention,” it said.

Major Ben Sakrisson, a Pentagon spokesman, said the allegation was not true.

“These claims have been investigated on multiple occasions in the past and no credible evidence has been found to substantiate his claims,” he said.

The prison, which was opened by President George W. Bush to hold terrorism suspects captured overseas after the Sept. 11, 2001 attacks came to symbolize harsh detention practices that opened the United States to accusations of torture.

His successor Barack Obama ended the use of “enhanced interrogation techniques” via executive order in January 2009, and reduced the inmate population to 41, but fell short of fulfilling his promise to close the jail.