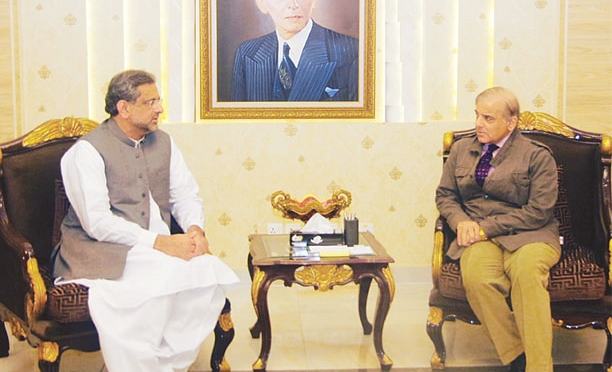 LAHORE: The Pakistan Muslim League-Nawaz (PML-N) has laid out a policy of non-confrontation with state institutions, such as the army or the judiciary as it steps up its preparations for the 2018 election campaign.

On Sunday, the party’s high command gathered in the city for an informal dinner hosted in their honour by National Assembly Speaker Ayaz Sadiq. This was the culmination of a series of meetings — recently held in Lahore by party chief Nawaz Sharif — that chalked out the party’s future strategy, with a focus on the upcoming elections.

Former information minister Pervaiz Rashid, who was privy to the meetings Mr Sharif recently held in the city, told Dawn: “The party has decided in principle that it does not have to fight against any institution. The PML-N will not go for confrontation with any state institution, as our focus is on preparing for the 2018 elections”.

Outlining the party’s strategy, formulated in the face of corruption references the Sharif family is facing, he said the ex-premier would resume his mass-contact campaign this month to mobilise party workers ahead of the upcoming polls

Saying that criticism of the Supreme Court by Mr Sharif and his daughter Maryam was not “direct confrontation with the judiciary”, the former information minister noted that: “Everyone has the right to comment on judges’ verdicts in Panamagate or other cases. The Sharif family’s criticism is aimed at the verdict in the Panama Papers case, and not at the judges as individuals.”

He said that even eminent jurists had raised serious questions over the judgement, adding that “comments such as ‘Godfather’ and ‘Sicilian mafia’ reflected the emotional side of the judgement and not legal points”.

“The former prime minister and his lieutenants will not waste their energies fighting anyone, rather they will fight to restore the respect of the ballot and return to power in next year’s elections,” Mr Rashid said.

When asked about reports that a sizeable number of PML-N MNAs were in contact with the establishment and could fly the coop at an appropriate time, he said: “Such MNAs must remember that they had secured votes in the name of Nawaz Sharif. They must know that they cannot return to parliament on their own in the next elections”.

Putting to rest the speculation surrounding a possible role for Shahbaz Sharif in the federal government, Mr Rashid said it had been decided, in principle, that the elder Sharif would lead the election campaign “since there is no other candidate for the PM’s slot within the party”.

“If we win, [Nawaz Sharif] will pick a candidate, just like he did after his disqualification,” he said.

Talking about the prevailing fear of unconstitutional or extra-constitutional actions that may aim to wind up the current setup before the Senate elections in March, the former minister told Dawn that their opponents — especially the Pakistan Tehreek-i-Insaf — wanted elections before March so that the ruling party could be deprived of its majority share in the Senate.

Commenting on the 23-party alliance announced by retired Gen Pervez Musharraf, Mr Rashid said: “We will acknowledge Musharraf as politician if he names all 23 parties in his grand alliance on national TV.”

The PML-N leader was of the opinion that disqualification had only made Nawaz Sharif more popular among the masses. “If there is no interference, PML-N will win the 2018 election,” he said, confidently.

When asked about possible rifts within the Sharif family, especially among the younger Sharifs, Mr Rashid was cagey. “Shahbaz, Maryam and Hamza give their opinion during party meetings, but once Mian Sahab decides a matter, all follow his directions,” he said.

When asked about rumours that the party had decided to dissolve the assemblies, he said why the government would jeopardise its position by taking such a step.