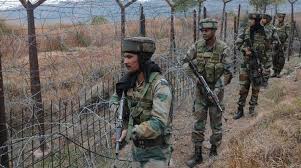 RAWALPINDI: Unprovoked firing by Indian forces from across the Line of Control (LoC) injured a woman in Rawalakot area on Friday.

Indian forces targeted civilian population in Abbaspur, Poonch sector, injuring 46-year-old Safina Bibi, ISPR said in a statement. The Pakistan Army also retaliated to the Indian aggression. It should be noted that for the past few months, Indian forces have been targeting civilian areas across the border in Pakistan. The largely unprovoked firing has left scores of people dead and many others injured.

On September 24, a civilian was martyred and two others were injured in firing from across the border. “Indian troops resorted to unprovoked firing of small arms and mortars along LoC in Nikyal sector,” the ISPR added. “A 22-year-old girl embraced shahadat while two [other] civilians were injured.”