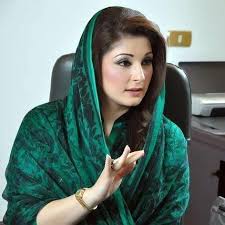 During the meeting, various issues, including strategy related to the election campaign for the by-election were discussed. Speaking, on occasion, Maryam Nawaz vowed to lead the by-polls campaign in absence of her mother who is undergoing cancer treatment in London.

Mariyam said she would kick off her door-to-door campaign in NA-120 constituency in next few days and urged party workers to step out from their houses for the campaign with Young Wing of the party. She said workers of PML-N are the most precious asset for the party. “PML-N is a building of workers, which laid by Nawaz Sharif by his own hands”, former First Daughter said. Maryam Nawaz said that hundreds of thousand people outside Data-Darbar rejected court verdict against Nawaz Sharif. She said that she is not going to London added that she got an opportunity to contact with masses for next eight months.