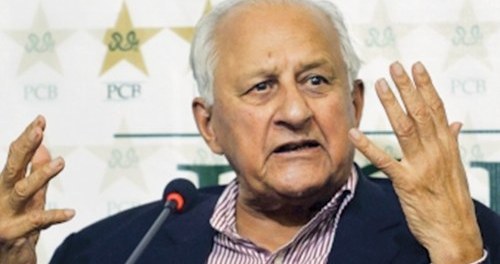 LAHORE: Pakistan Cricket Board chairman Shaharyar Khan reckons majority of the member countries of the International Cricket Council are ready to face the reaction from their Indian counterpart, including the possible boycott of the upcoming Champions Trophy by the BCCI, in the wake of vote-triggered changes made at the ICC Board meetings in Dubai.

“Yes India has strongly opposed the resolution at the ICC meeting. However, it received the support only from Sri Lanka while the rest were in favour of getting rid of the ‘big three’ formula,” Shaharyar said while talking to Dawn from Dubai where he went to attend the ICC Board meetings, which passed the resolution in favour of the new ICC constitution.

“India has warned the ICC about its likely reaction which may come in the form of Champions Trophy boycott but let me clear it that it will not work as most of the member countries are ready to play without India. And in that case [India boycotting Champions Trophy], West Indies or any other team could be included in the fray by the ICC,” Shaharyar underscored.

“The ICC may face financial losses due to [possible] Indian absence at the Champions Trophy. However, most of the member countries are ready for it. Therefore, hopefully the [likely] boycott by India will not be enough to press the ICC for accepting BCCI demands,” Shaharyar affirmed.

The ICC Board has voted to pass a new financial model that will reverse a 2014 decision which effectively put India, England and Australia in control of the game’s finances and administration.

Under the new financial model and governance structure, the split of revenues from the ICC for the 2016-2023 period will be altered to address the imbalance presently favouring the three boards.

According to the ICC statement on Thursday, the measure was passed by 13 votes to one after the meetings of the game’s world governing body at its headquarters in Dubai.

The BCCI also asked to defer the resolution on the new constitution till June in order to give itself more time to study it but it was also rejected, revealed the PCB chief.

The PCB chairman further said that majority members of the ICC had also requested its chairman, Shashank Manohar, not to resign after June this year, and requested him to complete his two-year term.

“In March this year, Manohar took back his resignation as ICC chairman, with the decision that he will only work till the end of June. However, now several member countries have requested him to complete his two-year term [ending in November 2017],” he said.

“Yes, Manohar played a vital role in ending the ‘big three’ formula and the PCB has also requested him to complete his tenure as ICC chairman.”

Interestingly, Manohar is the ex-BCCI president who fought against the ‘big three’ formula to restore equality among member countries at the ICC in revenue sharing. With change in ICC’s revenue-sharing formula following ICC Board meetings, India is bound to lose $277 million in revenues over the next eight years.

To a question, Shaharyar said the PCB and the BCCI also held a meeting on the sidelines of the ICC meeting in Dubai.

“We conveyed it in clear terms to the BCCI in the meeting that as they have failed to implement the MoUs signed between the two countries in 2014 to resume the bilateral series, now the PCB has the right to file a legal case against them to recover the losses,” Shaharyar said.

“India has [kept] the same old stand for not implementing the MoUs that their government is not giving them permission but we have cleared to them that it is your government — not ours — which is creating the hurdle. Therefore, we have the right to take legal action, which we don’t want, but considering it as an only option to solve the issue,” the PCB chairman maintained.

Shaharyar said, Giles Clarke, the ICC Task Force chief, had conveyed to him that the security arrangements for the successful hosting of this year’s Pakistan Super League final at Lahore were satisfactory, and that he was ready to bring a World XI to Pakistan to play some matches against Pakistan in September this year.

The PCB chief said the intended visit of World XI, in which one or two players of all the cricket-playing countries would be included, could pave the way for international cricket revival in Pakistan.