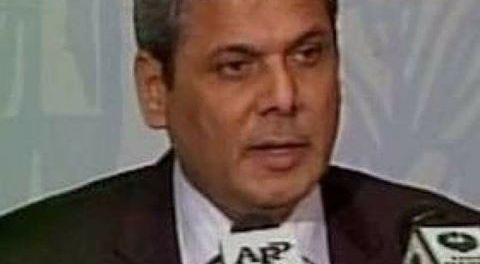 At his weekly news briefing in Islamabad today, Foreign Office Spokesperson Nafees Zakariya said that the revelations made by former spokesperson of TTP Ehsansullah Ehsan and the confessional statement of Kulbhushan Yadav are irrefutable proofs against India.

The spokesperson said India is not only sending spies inside Pakistan to perpetrate terrorism but also using the Afghan soil to destabilize the country.

He said the killing of about 13 Indian RAW agents in the mother of all bombs attack in Afghanistan has once again vindicated our claim.

He said Ehsanullah Ehsan in his revelations has mentioned that Jamaat-ul Ahrar is working on Indian agenda to destabilize Pakistan.

Nafees Zakariya said that the international community should take notice of Indian subversive and terrorist activities.

He said Pakistan has raised this issue in the past and it will continue to take up the issue at all the appropriate forums.

Responding to a question, the spokesperson said Kulbhushan Yadav has been tried for espionage according to the law of the land in a transparent manner.

He said Kulbhushan sentence is based on specific evidence as well as his confessional statement that also led to the dismantling of the terror network in the country.

About Indian statements on Balochistan, Nafees Zakariya said these indicate Indian desire and design to carry out subversive activities in Pakistan.

Deploring the Indian atrocities and restrictions on social media in occupied Kashmir, the spokesperson said international community especially the United Nations should stop India from persecution of innocent people in the valley.

About the disappearance of retired Colonel Habib Zahir in Nepal, the spokesperson said our mission in the country is closely looking into the matter.

He maintained that this is a case of entrapment and the involvement of India cannot be ruled in the matter.

To a question, the spokesperson once again made it clear that the Islamic military alliance is not against any country.

He said proper procedure was followed with regards to the appointment of former Army Chief Raheel Sharif as head of the alliance.

Responding to another question, Nafees Zakariya confirmed that a high-level parliamentary delegation will soon visit Afghanistan.

He said such visits are aimed at further strengthening the bilateral relations.

Correspondent at Daily Jang Group Studied Bachelor in Journalism at The Punjab University Past: Murray College, Sialkot and Govt. High School Head Marala Lives in Sialkot, Punjab From Sialkot, Punjab Follow me : https://twitter.com/ijazhashmi15 Like My Page ... https://www.facebook.com/journalistpakistan Facebook .. . https://www.facebook.com/ijazhashmijournalist
In the spotlight