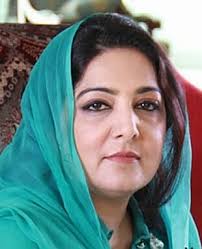 ISLAMABAD: Khawaja Saad Rafique was caught in the middle of an angry protest by journalists, who claimed that their colleague Azam Gul was threatened by IT Minister Anusha Rahman, who had also snatched his phone.

When Khawaja Saad Rafique came to speak outside the Supreme Court on Wednesday, angry journalists did not stop chanting slogans and continued to protest against him. Journalist Azam Gul alleged that the federal IT minister had snatched his phone and threatened him. “She threatened to put me behind bars and hand me over to FIA,” alleged Azam Gul.

Khawaja Saad Rafique claimed that Anusha had taken the journalist’s phone since recording a video inside the Supreme Court was illegal and against the law. He said that everyone, from journalists to ministers, needed to respect the law. I resolved the issue between Anusha and Azam Gul. However, I would like to say that it is not appropriate for anyone to carry a phone inside the vicinity of the Supreme Court, he said.

Khawaja Saad Rafique said that it was not appropriate for anyone, whether it be a minister or an MNA, to snatch anyone’s belonging since it was illegal. I asked Anusha Rahman not to delete the video herself,” said Saad Rafique. “Will ask her to call Azam and apologise,” he said. Throughout his talk, Khawaja Saad Rafique faced extreme difficulty in speaking as his voice was drowned out by chants and slogans by angry journalists.