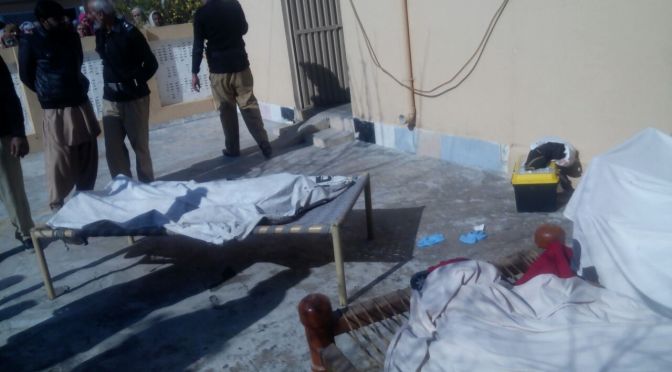 6 Dead bodies found in ithasam house losar sarfoo wah cantt,  Dead bodies identified with the of Ithasam s/o Mohammad sadaqat ,fozia w/o Mia gull and two ladies, one man & a child dead body recovered which were Ithasam servants and one lady kalsoom w/o ithasam got bullet injury which is shifted to THQ hospital Taxila,  So 6 dead bodies recovered from house, sources says that due to family dispute Ithasam nephew  namely hamza s/o liqat murdered all of them and disappear.  Police reached and investigating the matter.dead bodies transferred for postpartum in THQ Taxila. 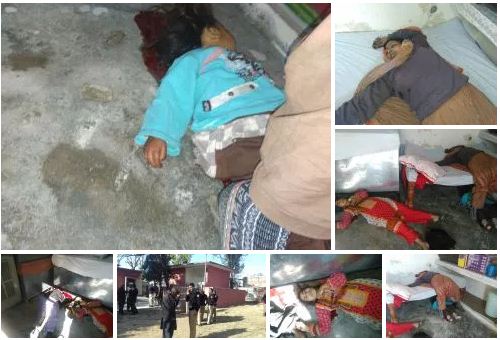 RAWALPINDI: With another spell of snowfall predicted in Murree, a comprehensive plan has been chalked out by traffic police for the convenience of those whose access to the hill station had been restricted, following the tragic death of 22 tourists in a blizzard last week. Drivers with valid licenses will be allowed to travel to … END_OF_DOCUMENT_TOKEN_TO_BE_REPLACED

NEW DELHI: Indian media bodies have deplored the forcible takeover of the Kashmir Press Club in Srinagar by a group of journalists who raided the precincts on Saturday under the watch of armed police — a month before fresh elections are due to be held there on Feb 15. The takeover, described by media spokespersons … END_OF_DOCUMENT_TOKEN_TO_BE_REPLACED

PARIS, Jan 13 (Reuters) – Tens of thousands of French teachers angry with the government’s COVID-19 rules walked off the job on Thursday and took to the streets to demand better protection for pupils and staff against infection. “Stop your contempt,” and “We’re fed up with tests” teachers proclaimed on banners in rallies across France, … END_OF_DOCUMENT_TOKEN_TO_BE_REPLACED