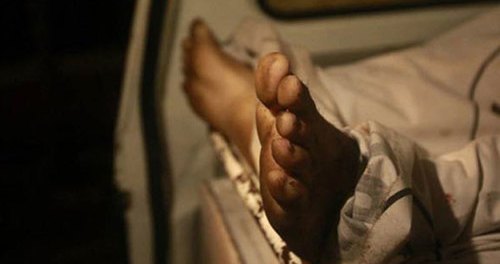 LAHORE: A 60-year-old woman breathed her last on the floor of Jinnah Hospital on Monday evening after she was allegedly denied treatment at three state-run hospitals.

Zahra complained of severe pain in chest early in the morning and was brought to the Punjab Institute of Cardiology (PIC) from a Kasur village on a taxi at around 11am.

Doctors at the emergency ward ‘diagnosed’ her with some kidney problem and referred her to Services Hospital, a male relative accompanying the body in an Edhi ambulance told Dawn outside the Jinnah Hospital mortuary.

Not willing to be named, the relative said the medics at the Services Hospital examined Zahra on a stretcher near the entrance to the medical emergency ward and referred her to Jinnah Hospital on account of unavailability of any bed.

Doctors examined her at the Jinnah emergency at around 3pm and referred her to Medical Unit I.

“Since no bed was available in the unit, a doctor asked us to wait outside. The patient was kept waiting for three hours or so until she breathed her last,” said the relative.

Meanwhile, Chief Minister Shahbaz Sharif has taken notice of the death of the woman due to non-provision of medical aid and ordered an inquiry.

He directed that the matter should be thoroughly investigated and a report be presented.

The chief minister said the persons responsible for negligence should be identified and action be taken.