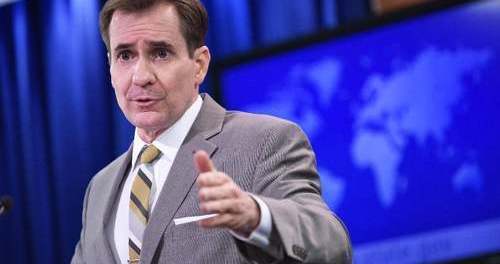 WASHINGTON: The United States reminded India and Pakistan on Thursday that nuclear capable states do not threaten to use atomic weapons in any conflict.

The US government also categorically said that it considered the Sept 18 attack on an Indian military facility in Uri a terrorist attack.

The warning to avoid a nuclear conflict followed reports in the international media that both Indian and Pakistani governments had intensified their rhetoric and hinted at the possibility of nuclear military actions against each other.

“Nuclear-capable states have the responsibility to exercise restraint regarding nuclear weapons and missile capabilities,” a spokesperson for the US State Department told Dawn when asked to comment on these reports.

“Let’s be clear – the attack against the Uri army brigade headquarters was a terrorist attack, and we have strongly condemned it,” said the US official when responding to a series of questions from Dawn on the current situation along the Line of Control.

“We have seen the reports and are following the situation closely,” said the US official without confirming or denying if India had indeed carried out surgical strikes inside Azad Kashmir. “We urge calm and restraint on both sides. We understand that the Indian and Pakistani militaries have been in communication, and we believe continued communication is important to reduce tensions,” the official added.

While referring to cross-LoC attacks inside India-held Kashmir, the State Department official called the Uri incident a terrorist attack.

“We have repeatedly expressed our concerns regarding the danger that cross-border terrorism poses to the region, including the recent attack in Uri,” the official said.

“We continue to urge actions to combat and de-legitimise terrorist groups like Lakshar-e-Taiba, Haqqani network, and Jaish-i-Mohammed.”

The spokesperson said that US Secretary of State John Kerry spoke to Indian Minister for External Affairs Sushma Swaraj on Tuesday and reiterated his strong condemnation of the Uri attack. “He condemned terrorism in all its forms, and cautioned against escalation of tensions.”

Earlier in the day, the White House too called the Uri incident a cross-border attack and urged Islamabad to combat and delegitimise Lashkar-e-Taiba, Jaish-e-Mohammed and their affiliates.

US National Security Adviser Susan E. Rice made the demand in a telephone call to her Indian counterpart Ajit Doval on Wednesday for condemning the Uri attack.

India claims Pakistan-based militants carried out the attack. Pakistan rejects the charge as baseless and claims that India stage-managed the incident to discredit a popular uprising in the Valley. Indian troops have killed more than 100 protesters, blinded hundreds and injured more than 10,000 in a brutal crackdown on Kashmiri protesters.

In her call to Mr Doval, Ambassador Rice “strongly condemned the Sept 18 cross-border attack on the Indian army brigade headquarters in Uri” and offered condolences to the victims and their families, said Ned Price, a spokesperson for the White House National Security Council.

Ambassador Rice also affirmed President Barack Obama’s commitment to redouble US efforts to bring to justice the perpetrators of terrorism throughout the world, Mr Price said.

“Highlighting the danger that cross-border terrorism poses to the region, Ambassador Rice reiterated our expectation that Pakistan take effective action to combat and delegitimise UN-designated terrorist individuals and entities, including Lashkar-e-Taiba, Jaish-e-Mohammed, and their affiliates,” Mr Price said in a statement.