LONDON: The United Kingdom could remain in the European Union until late 2019 as civil servants are struggling with Brexit, and elections in France and Germany may hold up the start of exit negotiations, ministers have privately warned.

Prime Minister Theresa May is expected to enact Article 50 of the EU’s Lisbon Treaty, which would start a two-year countdown to leaving the bloc.

However, she might have to postpone it because her new Brexit and international trade departments are not ready, according to The Sunday Times.

“Ministers are now thinking the [Article 50] trigger could be delayed to autumn 2017,” said one City source who had talked to two senior ministers on the issue. “They don’t have the infrastructure for the people they need to hire. They say they don’t even know the right questions to ask when they finally begin bargaining with Europe.”
“You can’t negotiate when you don’t know who you’re negotiating with,” added the source.

LAHORE: The Punjab government has submitted a reply in the Lahore High Court regarding the film Malik which has been banned across the country.

When Justice Shams Mahmood Mirza took up the case on petitions filed by opposition leader in Punjab Assembly Mian Mahmoodur Rashid and a local Muneer Ahmad,

Counsels for the petitioners, Azhar Siddique and Sheraz Zaka pointed out that after the 18th Amendment, the federal government has no authority to impose a ban on any film.

The counsels requested court to nullify the ban on the movie as there was nothing in the film that could incite chaos.

The court summoned a reply from the federal government and adjourned the hearing.

RAWALPINDI: Security forces have launched an operation along Pak-Afghan border.

According to Inter-Services Public Relations (ISPR), the operation is aimed at re-enforcing troops deployment in Rajgal valley to effectively check and guard against terrorists movement along high mountains and all-weather passes in Khyber Agency.ONLINE

Masood Khan was nominated by the Muslim League (N) AJK   as their Presidential candidate. Prime Minister AJK Raja Farooq Haider himself proposed the name of Masood Khan on behalf of his majority parliamentary party.

Masood Khan enjoys the confidence of AJK Assembly and AJK Council and in fact a wide political spectrum of Jammu and Kashmir and Pakistan.

Masood Khan has thanked Prime Minister Nawaz Sharif for his nomination and for reposing full confidence in him. Prime Minister Nawaz Sharif has appreciated the role of Masood Khan in highlighting the Kashmir cause during his various diplomatic assignments particularly during his tenure as Permanent Representative of Pakistan to the UN. After his election Mr. Khan has said that Kashmir liberation movement will get momentum and he will work hard for this cause.

Masood Khan has worked with the UN in New York and Geneva and other multilateral forums, for more than twenty years. He became President of the UN Security Council in January 2013. He was Chairman of the Organization of Islamic Cooperation in  Geneva, where   he also  represented, as Chairman of the Group of 77 and China, 131 developing countries in various international organizations.

After election as President Azad Kashmir, Masood Khan vowed to work resolutely  for the just of cause of freedom of oppressed  people of the Indian Occupied Kashmir and to help with the development of AJK.

Masood Khan was born in Rawalakot, Poonch and studied there. He was retired in BPS-22 from Foreign Services.

With the election of Masood Khan, observers  expect the Kashmir movement to gather momentum as the newly elected President has a proven record as an ardent campaigner for the rights of the people of Jammu and Kashmir in accordance with the UN Security Council resolutions, end to Indian atrocities, and the initiation of a sustained, substantive  and structured  dialogue process to resolve disputes between India and Pakistan. ONLINE 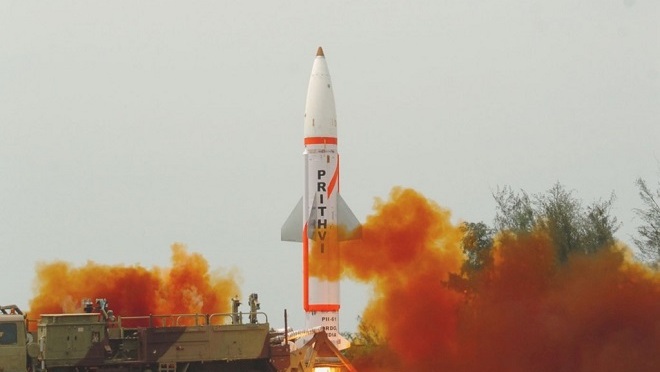 In response to the media queries with reference to Pakistan’s offer to India for a bilateral arrangement on non-testing of nuclear weapons, the Spokesperson elaborated that following the nuclear tests in 1998, Pakistan had proposed to India simultaneous adherence to the Comprehensive Test Ban Treaty (CTBT). The proposal did not elicit a favourable response from India.

He said that a bilateral arrangement on non-testing will also send a positive signal to the Nuclear Supplier Group (NSG) countries which are discussing the non-proliferation commitments of non-NPT states in relation to the question of membership.

He said once again, in the larger interest of peace and stability in the region, as also in the global context, Pakistan has indicated the possibility that the two countries may consider a bilateral arrangement, which is reflective of its policy of promoting restraint and responsibility in South Asia and its consistent support for the objectives of the CTBT. The bilateral non-testing arrangement, if mutually agreed, could become binding immediately without waiting for the entry into force of the CTBT at the international level.

The Spokesperson explained that while the unilateral moratoriums declared by the two countries were voluntary, legally non-binding and could be withdrawn unilaterally, a bilateral arrangement will be mutually binding and difficult to withdraw from unilaterally. Both countries could consider working out the details of the arrangement and mutually agreed confidence-building measures in relation to it. It could set the tone for further mutually agreed measures on restraint and avoidance of arms race in South Asia.ONLINE

The Indian Charge d’Affaires (Cd’A) in Islamabad was called to the Ministry of Foreign Affairs today and conveyed Government of Pakistan’s unequivocal rejection of India’s illegal and unilateral actions of 5 August 2019 in Indian Illegally Occupied Jammu & Kashmir (IIOJK), which breached international law, UN Charter and the 4th Geneva Convention as well as … END_OF_DOCUMENT_TOKEN_TO_BE_REPLACED

Al Qaeda leader Ayman al-Zawahiri was killed in a US strike in Afghanistan over the weekend, American President Joe Biden said on Monday. Zawahiri, an Egyptian surgeon who had a $25 million bounty on his head, helped coordinate the Sept 11, 2001, attacks that killed nearly 3,000 people. US officials, speaking on the condition of … END_OF_DOCUMENT_TOKEN_TO_BE_REPLACED

WASHINGTON: Former US president Donald Trump returned to the US capital this week and delivered a speech that’s being interpreted as his first for the 2024 election campaign. “As Trump speaks in Washington, his allies prepare for a second term,” The Washington Post reported. “Trump supporters are already working on a government-in-waiting if he wins re-election in … END_OF_DOCUMENT_TOKEN_TO_BE_REPLACED