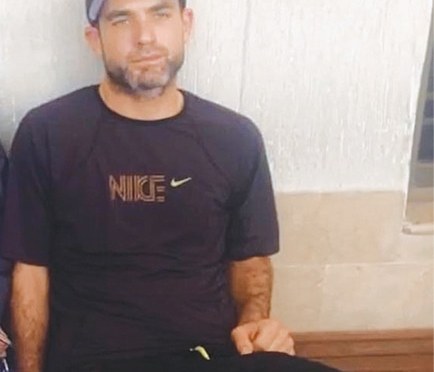 SLAMABAD: An Ameri­can citizen, blacklisted and deported from the country in 2011 on charges of espionage, was arrested hours after his arrival at Benazir Bhutto International Airport on Saturday morning, the interior ministry said.

Interior Minister Chaud­hry Nisar Ali Khan has ordered an investigation into the circumstances surrounding the grant of a Pakistani visa to Matthew Craig Barrett, the US citizen who was expelled from the country after he was allegedly caught spying on sensitive installations.

Barrett was picked up by FIA and police officials in a joint raid on a guest house in the capital. A case has been registered against two FIA immigration officials, Sub-Inspector Raja Asif and his son Ehteshamul Haq. Ehte­sham has been arrested, while raids were being conducted to arrest his father, police sources said.

The minister has already suspended an assistant director of the Federal Investiga­tion Agency (FIA), as well as immigration staff that were on duty when Barrett was cleared by authorconsent. t the airport. An interior ministry statement said that action would also be initiated against officials at the Pakis­tani consulate in Houston, who were responsible for issuing him a visa.

The minister issued directions for the formation of a joint investigation team for a thorough probe into the matter. The team, which will be headed by Superintendent of Police (Investigation) retired Captain Mohammad Ilyas, will consist of officers from the Inter-Services Intellige­nce, Intelligence Bureau and FIA.

According to documents seen by NNP, Barrett was issued a multiple-entry visa, stamped by Sajida Altaf Qazi, vice consul at the visa section in Pakistan’s mission in Houston. The visa was issued on June 22 and is good up to June 30, 2020, allowing Barrett to stay in the country for up to one year at a time. Barrett’s passport, which is valid for 10 years, would have expired on June 30, 2020, a week after his visa ran out.

The last time Barrett came to Pakistan, things did not go well for him. On June 10, 2011, he was arrested at a residence in Islamabad’s Sector E-11 for overstaying his visa.

Police from the Fateh Jhang area charged him under Section 123 of the Pakistan Penal Code — which deals with ‘Concealing with intent to facilitate design to wage war’ — claiming that he had been spotted in a high-security zone where civilians were not allowed. They claimed that photographs and maps were recovered from his possession.

He was subsequently deported and barred from entering Pakistan again.

At the time, Barrett had claimed he had a Pakistani wife and two children, and had been living with her family in Islamabad for at least three years. Advocate Abdul Rehman, the man who clai­med to be Barrett’s father-in-law and represented him in court at the time, could not be reached for comment.

When asked to comment on the matter, a spokesperson for the US embassy in Islamabad said the Privacy Act prohibited him from releasing any information about an American citizen without his consent

Former United States President George W. Bush mistakenly described the invasion of Iraq as “brutal” and “unjustified” before correcting himself to say he meant to refer to Russia’s invasion of Ukraine. Bush made the comments in a speech during an event in Dallas on Wednesday, while he was criticising Russia’s political system. “The result is … END_OF_DOCUMENT_TOKEN_TO_BE_REPLACED

Reuters: More than 500,000 people have fled their homes in India’s northeastern state of Assam to escape heavy floods triggered by pre-monsoon rains that drowned seven, authorities said on Wednesday, as they warned the situation could worsen. One of the world’s largest rivers, the Brahmaputra, which flows into India and neighbouring Bangladesh from Tibet, burst … END_OF_DOCUMENT_TOKEN_TO_BE_REPLACED

The government began talks with the International Monetary Fund (IMF) on Wednesday over the release of crucial funds, a process slowed by concerns about the pace of economic reforms in the country. Pakistan has repeatedly sought international support for its economy, which has been hit by crippling national debt, galloping inflation and a plummeting rupee. … END_OF_DOCUMENT_TOKEN_TO_BE_REPLACED