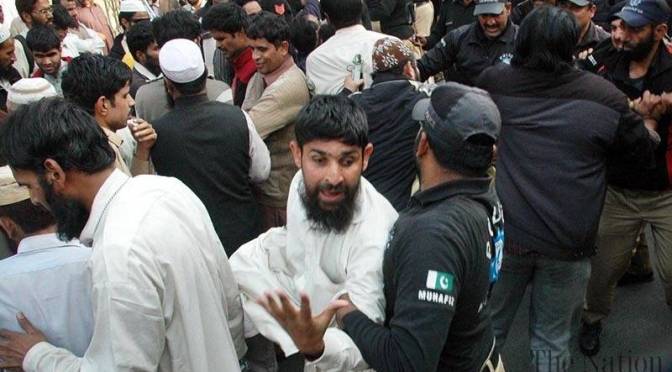 Lahore- Chief Minister of Punjab (CM) Shahbaz Sharif has called on an emergency meeting to review the demand of blind people, as their protest outside Punjab Assembly regarding job quota has entered into second day, despite the cold weather. 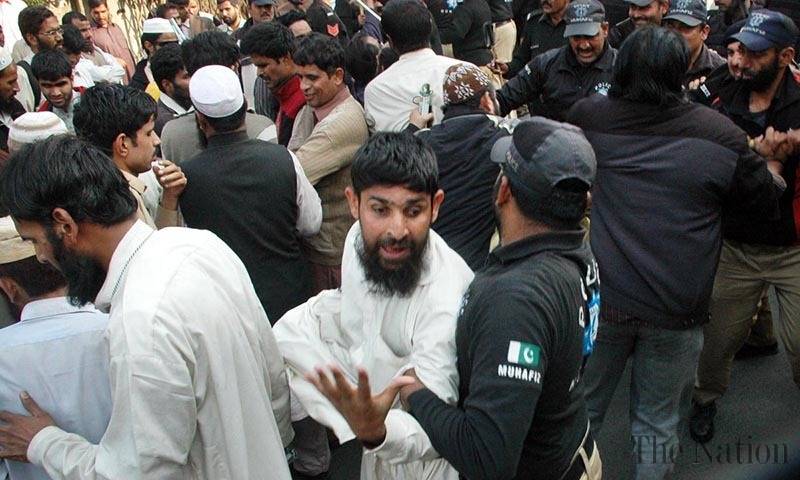 Four phases of negotiations were carried out between Punjab government and visually impaired individuals but went unsuccessful. As per details, demonstrators tried to enter Punjab Assembly but were hampered by the police. The protesters said that CM Punjab Shahbaz Sharif promised to increase the job quota, making ad hoc employees permanent and providing jobs to unemployed people.

They added that if the implementation is done on two percent job quota then no blind will remain jobless however, if the government failed to meet our demands then the protesters will stage a hunger strike outside the Assembly.

Earlier, Spokesman to Punjab Government Zaeem Qadri told that Punjab government has increased the quota of blind people in government jobs from two to three percent, but if it is increased more, then it will be unjust to others. He said that the visually impaired individuals will be provided jobs in the areas where the seat is vacant however; it is currently not possible to provide them jobs in their district as the act will discourage other people.

A report issued by the doctors at Rawalpindi Central Jail Adiala declared Zahir Jaffer, primary accused in the Noor Mukadam murder case, medically “completely fit” on Thursday. Additional Sessions Judge Atta Rabbani received the report at today’s hearing, where Zahir was brought by policemen on a stretcher. The report stated that Zahir’s medical examination was … END_OF_DOCUMENT_TOKEN_TO_BE_REPLACED

BEIJING: Chinese For­eign Ministry Spokesperson Zhao Lijian brushed away media reports that suggest the Chinese contractor has demobilized from the Dasu dam project site. At his regular briefing at International Press Centre (IPC) on Thursday, Mr. Zhao said he was unaware of any preconditions put forward by the contractor for resuming work on the dam … END_OF_DOCUMENT_TOKEN_TO_BE_REPLACED

India and Pakistan will lock horns in a blockbuster T20 World Cup group clash for the second year running after the fixtures for the October-November 2022 tournament in Australia were announced on Friday. The arch-rivals will lock horns at the Melbourne Cricket Ground (MCG) on October 23, a day after Australia begins their title defense … END_OF_DOCUMENT_TOKEN_TO_BE_REPLACED